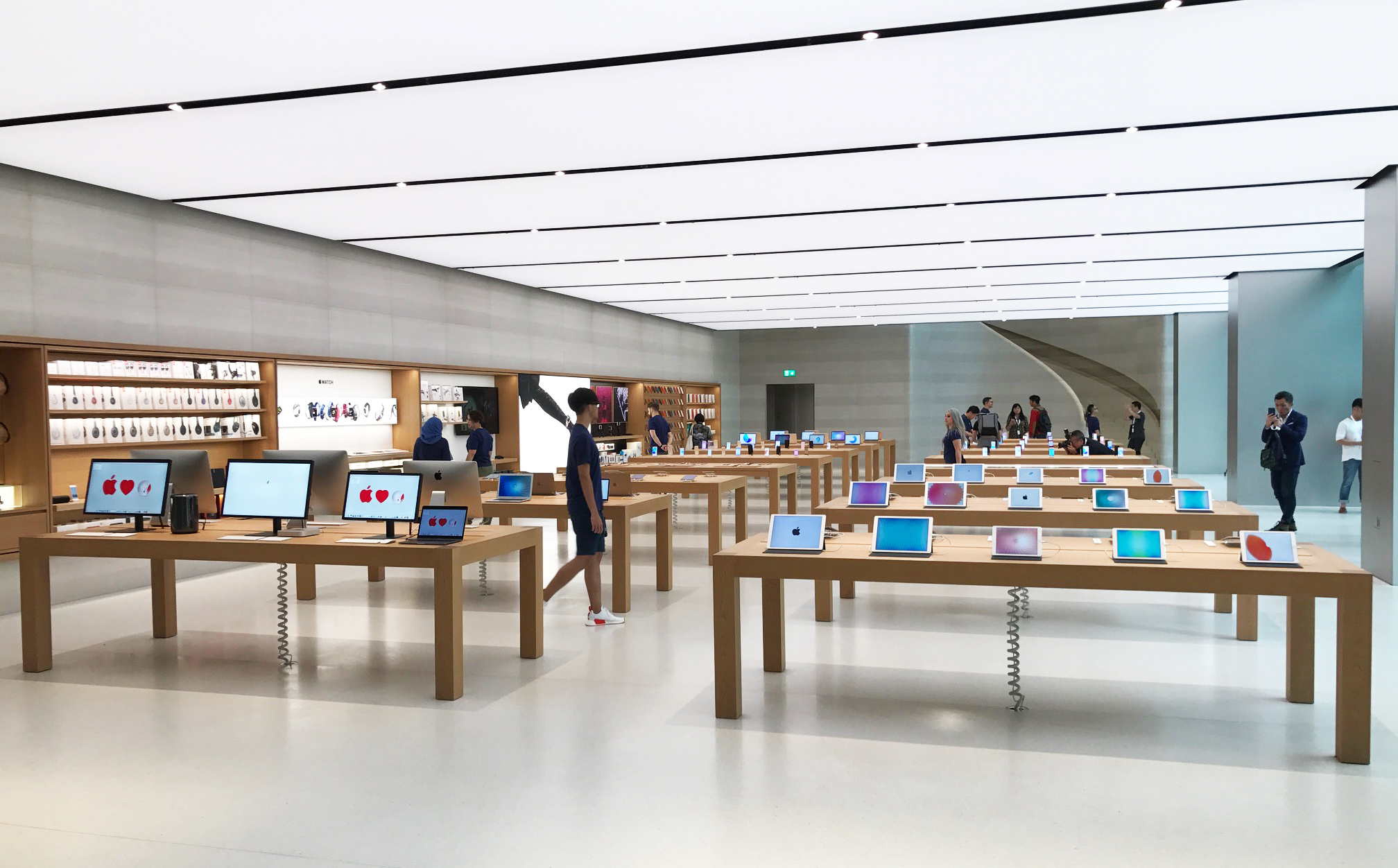 According to Loi, she updated her iPhone (which model exactly is unclear) to iOS 11, but the phone went blank after she keyed in her iCloud password. After 15 minutes of nothing happening she called Apple Tech Support and spent an hour on the phone and another half hour the next day talking to tech support who eventually asked her to have her phone checked out at the Apple Store.

Taking her phone down to the Apple Orchard Road Store, she was immediately told by the Genius bar staff, who apparently did not even bother to check the phone, that she would need a total phone replacement. After further questioning, the staff tested the phone and determined that current was still flowing through it and that it could be a screen problem, which would cost S$200 to fix.

After two hours of testing, Loi was informed that it wasn't a problem with the screen after all, and that she would need a total phone replacement as they couldn't pinpoint the problem. She was also informed that as the phone was more than a year old, the problem may have been due to Loi constantly dropping the phone, and may not be due to the iOS 11 update.

Loi then states that the Apple staff finally acknowledged that the problem may have been due to the iOS 11 update, but was told she would still have to pay S$448 as a replacement cost. Could this have anything to do with illegal tampering or unauthorized third-party vendors who might have replaced parts on the device previously? The circumstances leading to this replacement fee is currently unclear.

When Loi said she felt unjustified at having to pay S$448 for a phone that died because of the update, she was sent back to Apple Tech Support who then spent another half an hour on the phone telling her she should have been given a service report by the Apple Store (she wasn't), and that she should go back to the Apple Store to get one, or alternatively, that she can get a second opinion from another Apple authorized service provider.

Rather than pay the cost, Loi is apparently now looking around at other mobile phone brands after using an iPhone for the past eight years.

Updated at 7pm, October 4th: We've reached out to Apple for comments and we'll update this story when relevant. We understand that as long as a device is more than a year old and the problem encountered is not easily repairable, a replacement cost will be incurred to get an equivalent device. We've also reached out to Mel Loi to check on more details pertaining to her ordeal.

Updated at 7.20pm, October 4th: Mel Loi has unfortunately declined to comment further on this matter, but as of this update, her FB post is still public.

Updated at 7.40pm, October 4th: On further investigation via social media responses and this Forbes article, it's likely that select users are experiencing firmware issues only with iOS 11.0.1 updates. No complaints with regards to iOS 11.0.2 have surfaced thus far. Below are selected screenshots we've taken from the Facebook post's comments stream. In short, beware of firmware updates as they do have a history of causing issues, especially for the earlier iteration of a major update.

Meanwhile, you can check out this active discussion in our forums on this matter.

Join HWZ's Telegram channel here and catch all the latest tech news!
Our articles may contain affiliate links. If you buy through these links, we may earn a small commission.
Previous Story
The new Google Home Mini is a cute and round fabric-covered digital assistant
Next Story
TSMC will build the world’s first 3nm fab in Taiwan