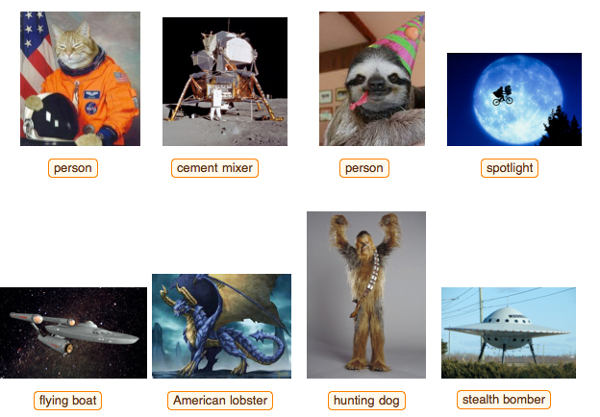 Wolfram Alpha is more than a search engine - it will provide answers and even relevant charts from a database of curated data. In fact, it's integrated into Apple's Siri and Samsung's S Voice to help answer questions.

And its creator, Stephen Wolfram, is branching out into image identification. By uploading a photo to the Wolfram Image Identification Project, the website will attempt to identify the object in the photo. Stephen Wolfram has admitted that the search tool isn't perfect, but it's currently capable of recognizing about 10,000 common kinds of objects, which could be handy for those of you who need to identify and categorize a large number of images. In order to help the project learn to identify images, it was fed "a few tens of millions" of images and while it identified Chewbacca as a hunting dog during its testing phase, the project is still learning. While it still has issues identifying specific people and objects, it does provide answers similar to how a child or someone not familiar with the object would, making it seem eerily like a true artificial intelligence that's learning the ropes. If all this sound familiar, don't forget that NVIDIA has a vested interest to power the back-end of deep learning neural networks that helps bring about a certain level of ntelligence over time.

If you're interested to test it out, head on to the Wolfram Image Identification Project. The website keeps a thumbnail version of the photo that you uploaded so do take note of what you will be uploading.

Join HWZ's Telegram channel here and catch all the latest tech news!
Our articles may contain affiliate links. If you buy through these links, we may earn a small commission.
Previous Story
Apple Music to launch in end June with Ping-like social network for artists?
Next Story
Ultra HD Blu-ray specification finalized, ultra-high res content arrives on discs