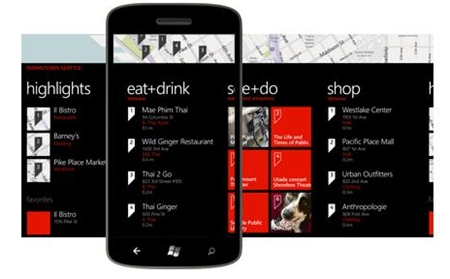 According to BGR, Lee commented that Microsoft is performing well in areas that Apple and Google are not. He felt that the latest iPhone 4S and iOS 5 provide gaps for Microsoft to fill.

He found the process of going in and out of apps to complete tasks cumbersome on Android and iOS whereas Windows Phone platform has a different philosophy. "That's all handled in a 'flowing, almost singular experience' on Windows Phone", Lees says.

Lees observed that people are making comparisons of pace as he saw numerous articles comparing the Windows Phone platform to iOS 5. He was also surprised that Apple did not give consumers more choices with the new iPhone 4S.

When asked to comment on Google Android, Lee said that the Android platform is heading down a chaotic phase where the user experience varies across devices. In contrast, he pitched Windows Phone as having a consistent user experience across the board.

The three mobile platforms will be receiving updates in the coming weeks. Users of existing Windows Phone 7 devices will receive the Mango update in the following weeks. It has over 500 new features and a deeper integration with Microsoft products such as Bing and Xbox.

Apple will be releasing the iOS 5 update for current iPhone, iPod and ipad users on 13th October (Singapore time) while Google is expected to unveil the next Android OS, Ice Cream Sandwich in October or November.

Source: The Seattle Times via BGR

Join HWZ's Telegram channel here and catch all the latest tech news!
Our articles may contain affiliate links. If you buy through these links, we may earn a small commission.
Previous Story
Facebook Hits the iPad Officially
Next Story
LG Showcases Energy-Efficient LCD TV with Vertical Single-Side LEDs