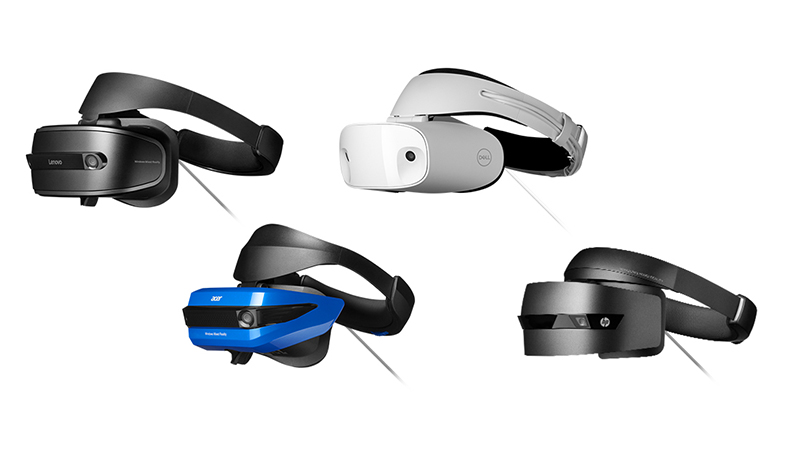 Microsoft has been trying to get VR headset makers to utilize its Windows Mixed Reality platform, and it confirmed during the announcement of the Windows 10 Creators Update that partners such as Acer, Dell, Lenovo, and HP had headsets with inside-out tracking on the way.

We also saw one such prototype from Lenovo at CES 2017, which came with a pair of front-mounted cameras for depth information.

As it turns out, most of these Mixed Reality headsets are really VR headsets by another name, despite the term’s association with augmented reality. Other than the impending arrival of these headsets, the biggest announcement today is probably support for Steam VR, which puts a wider range of titles within reach.

This is a nice step forward for VR as a whole. A Windows Mixed Reality headset and motion controller bundle starts at just US$399, a bit cheaper than what you’d need to shell out for an Oculus Rift or HTC Vive (although both have seen aggressive price cuts recently), so a wider audience could potentially access VR experiences.

This would in turn create more incentive for developers to produce more content, which benefits the entire ecosystem.

In addition, Microsoft talked about making the headsets compatible with a wide range of hardware. More affordable Windows Mixed Reality PCs will include desktops and laptops with integrated graphics, and can supposedly offer up to 60fps on the headsets.

On the other hand, Windows Mixed Reality Ultra PCs comprise systems with discrete graphics, and are good for up to 90fps.

One of the first companies to announce details of a consumer headset is Dell. The Dell Visor retails this October for US$349.99, or US$449.99 when bundled with two controllers.

Acer and HP have also revealed developer editions of headsets, so it’s not surprising that consumer versions are around the corner.