Windows 11 will run Android apps on AMD and Arm systems too, not just Intel ones

Windows 11 will run Android apps on AMD and Arm systems too, not just Intel ones 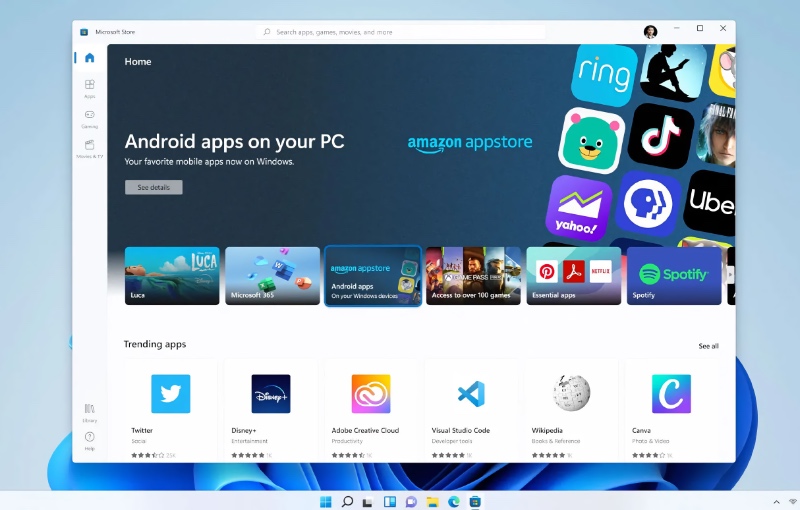 Microsoft unveiled Windows 11 just hours ago and one of its standout features is its ability to run Android apps.

To do that, Microsoft is using something called Intel Bridge technology, which is a compiler than translates applications written for non-x86 platforms to x86 instructions.

Think of it as Apple's Rosetta 2 technology but the opposite – for Windows to run Arm-based Android apps on x86 systems.

However, the name has caused some confusion. Mainly, many thought that this technology and feature would be exclusive to Intel systems.

Fortunately, Intel has confirmed that this is not the case and that Intel Bridge will run on all platforms including AMD ones.

In a statement to The Verge, Intel said:

Presumably, Arm-based Windows devices should be able to run Android apps just fine, but Microsoft hasn't detailed exactly how yet.

Android apps on Windows 11 will be offered through a partnership with Amazon's Appstore but it's unclear at this point which Android apps will be available other TikTok.

Join HWZ's Telegram channel here and catch all the latest tech news!
Our articles may contain affiliate links. If you buy through these links, we may earn a small commission.
Previous Story
Seagate launches self-healing Exos CORVAULT block storage system
Next Story
Microsoft shows off Windows 11 with new features but leaves out a release date