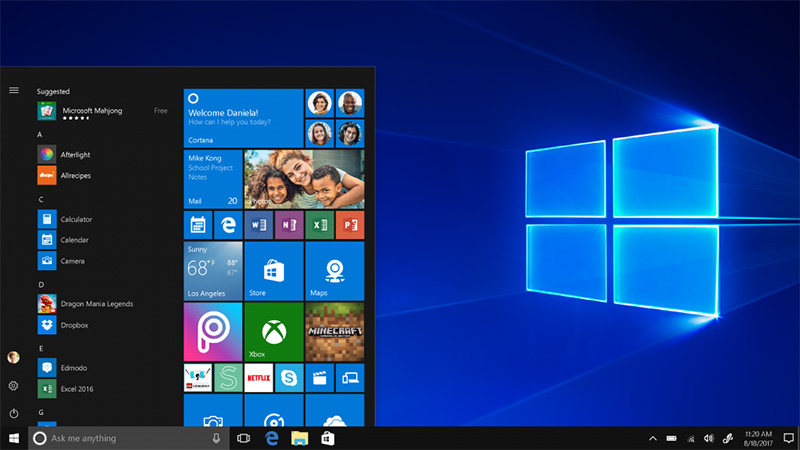 According to Microsoft, Windows 10 S is a specific config of Windows 10 Pro that offers a familiar, productive Windows experience that's streamlined for security and performance. And a large part it’s able to do that is because it only allows apps from the Windows Store.

But there are exceptions.

According to Microsoft’s Rich Turner, Windows 10 S will not run command-line apps, shells, and Consoles, even if they come from the Windows Store:

And of specific interest to readers of this blog, Windows 10 S does not run command-line applications, nor the Windows Console, Cmd/PowerShell, or Linux/Bash/WSL instances since command-line apps run outside the safe environment that protects Windows 10 S from malicious / misbehaving software.

This is why Linux distro’s don’t run on Windows 10 S: Even though they’re delivered via the Windows Store, and installed as standard UWP APPX’s, they run as non-UWP command-line tools and this can access more of a system than a UWP can.

In short, Windows 10 S isn’t designed for devs, hackers, and IT pros. If you fall into this group and are getting a Windows 10 S device such as the Surface Laptop, well, at least you can easily upgrade to Windows 10 Pro. The latter will have no problem running Ubuntu, SUSE, and Fedora downloaded from the Windows Store.

Join HWZ's Telegram channel here and catch all the latest tech news!
Our articles may contain affiliate links. If you buy through these links, we may earn a small commission.
Previous Story
Google-owned Nest reportedly working on home security camera with 4K resolution support
Next Story
The ASUS VivoMini VC66 is a diminutive PC that packs quite a punch