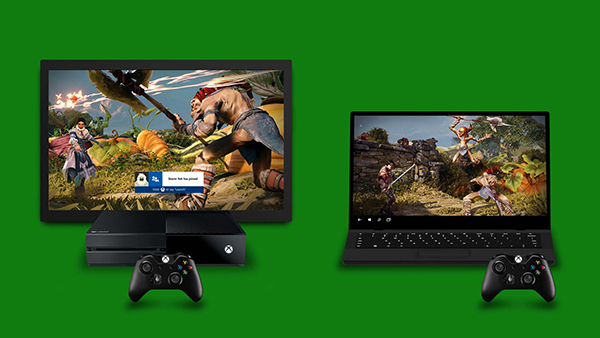 It may not even have been a month since Windows 10’s July 29 launch, but its Xbox app has already gotten an upgrade to support streaming at 1080p and 60fps.

Microsoft has been taking gamers quite seriously with Windows 10. The Xbox app allowed gamers to stream from the Xbox One to a Windows 10 PC, a feature that certainly looked like it could be useful. In addition, cross-platform integration made it possible for developers to make games with support for cross-platform multiplayer modes, which meant that Xbox One players could duke it out with their PC counter parts. Furthermore, the built-in Game DVR package added the ability to easily record and share footage with friends.

The latest update now adds 1080p60 streaming, which can be set by entering Game Streaming settings on the Xbox app and changing the video encoding to “Very High”.

Other new features include notifications when you receive an invite to a multiplayer game, the option to compare game achievements with friends, and the ability to manually add new games to your library.

The upgrade also puts the Xbox’s streaming capabilities in line with NVIDIA’s Grid and Sony’s PlayStation Now streaming services. Grid allows users to stream games directly from its servers straight to their screens – it has plans to continue to add new data centers to cope with server load, including one in Asia. On Sony’s end, PlayStation Now provides access to select PlayStation 3 titles and can stream video from the PlayStation Vita to the PlayStation 4.

With support for 1080p60 streaming, cross-platform integration with Windows 10, and backward compatibility with Xbox 360 games, the Xbox One is fast shaping up to be an even more attractive console – one that is also conveniently positioned to help drive adoption of Windows 10.