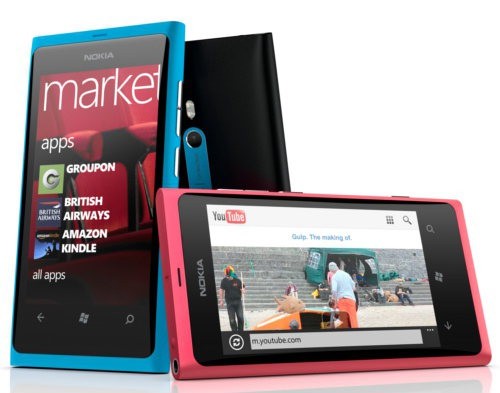 Owners of Windows Phone devices such as the Nokia Lumia 800, take this news with a pinch of salt - a source close to Microsoft informed The Verge that the Apollo update (or known as Windows Phone 8) will not be pushed to existing Windows Phone 7.5 Mango devices.

The news is contrary to what Nuno Silva, a developer evangelist for Microsoft said. In an hour-long interview with Zwame, Silva was quoted that all Windows Phone devices will get the upgrade to the "next major version". To date, Microsoft has been quiet on its Apollo upgrade plans, though the company has been actively pushing the Windows Phone 7.5 Mango update to its existing portfolio since last year. Should the news prove to be true, Microsoft will face the same dilemma that Google has with its Android operating system - fragmentation of OS versions across devices.

While Google has given its manufacturing partners sufficient freedom to customize Android to their needs, Microsoft has taken on a stricter policy by specifying various hardware guidelines for manufacturers to follow. At Mobile World Congress 2012, Microsoft took a more relaxed approach to the hardware requirements, thus creating the opportunity for manufacturers to load Windows Phone onto devices with more modest (and affordable) components.

The Apollo update will supposedly bridge the gap between Microsoft's desktop operating system, Windows 8 with its Metro interface utilized by both platforms. That aside, new features such as near field communication support and a tighter integration with Microsoft's cloud-based system, SkyDrive will create more opportunities for Microsoft to woo manufacturers and consumers to adopt both Windows Phone and Windows 8 in the months to come.

The validity of this news is still in question, with more questions asked than answers provided at this point. As of now, Microsoft has responded by saying that all apps in its Marketplace today will run on the next version of Windows Phone. Beyond that, the company has nothing to share about future releases.

More details should come to light nearer to Q4 2012, which is the rumored period for Windows Phone 8 to be officially launched.

Join HWZ's Telegram channel here and catch all the latest tech news!
Our articles may contain affiliate links. If you buy through these links, we may earn a small commission.
Previous Story
Samsung Reveals Wi-Fi-Enabled Cameras - Updated!
Next Story
YouTube Collaborates with MGM to Add 600 Rental Titles