Wi-Fi BlackBerry PlayBook to be Discontinued? RIM Says No

Wi-Fi BlackBerry PlayBook to be Discontinued? RIM Says No 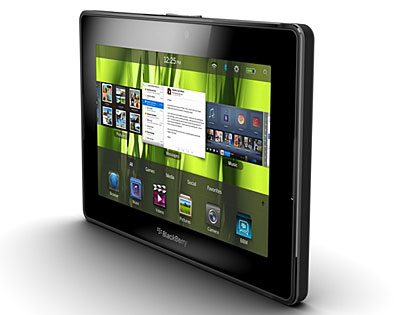 Earlier today, BGR reported that RIM is going to stop production of the Wi-Fi version of the BlackBerry PlayBook tablet.

BGR cited a note to investors from Mike Abramsky, who is from leading investment bank RBC Capital Markets:

The Wi-Fi version of RIM’s tablet is the only version Research In Motion currently manufacturers. The reasons for the discontinuation of the Wi-Fi edition, Abramsky states, could be related to a pullback in production, a move that would align channel inventory with slower than expected sell-through, in addition to RIM focusing on upcoming cellularly-connected PlayBook versions.

As reported by Neowin, RIM has responded to BGR through its official BlackBerry Twitter account. In the tweet, RIM rejected the rumor and said that the "WiFi PlayBook is launching in new countries practically every week".

Join HWZ's Telegram channel here and catch all the latest tech news!
Our articles may contain affiliate links. If you buy through these links, we may earn a small commission.
Previous Story
Cisco to Layoff 11,500 Employees
Next Story
Geil Adds DDR3 EVO / Enhance CORSA Series of Memory Products