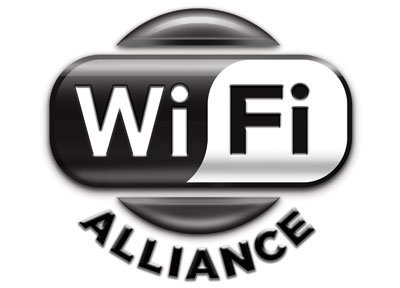 The next step in audio-video transmissions is to decide on a standard wireless protocol for data transfer between mobile devices and the television. There are a few competing standards as things stand, such as Intel's WiDi 3.0, supported by the new Ivy Bridge mobile processors for notebooks and ultrabooks, and Apple's Airplay, which needless to say, is restricted to Apple's AV ecosystem such as Apple TV and iOS devices. To knock them down a peg, the Wi-Fi Alliance has unveiled a press release on the impending certification of a similar AV wireless standard known as Miracast. Here's a snippet of it.

"Wi-Fi Certified Miracast devices make use of a Wi-Fi connection to deliver audio and video content from one device to another, without cables or a connection to an existing Wi-Fi network. These devices connect directly, so you can do things like watch videos from a smartphone on a big screen television or share a laptop screen with the conference room projector to collaborate in real-time. Televisions, set-top boxes, notebooks, handsets and tablets are among the device types which will be certified."

Although the certification program has yet to be finalized, consumers should be able to see the wireless standard in action before the year is over. All compatible devices will bear the "Wi-Fi Certified Miracast" stamp. That's all about we are able to glean from the brief press release, but do be prepared to see this wireless AV standard on consumer products in the very near future.

Join HWZ's Telegram channel here and catch all the latest tech news!
Our articles may contain affiliate links. If you buy through these links, we may earn a small commission.
Previous Story
Cougar Set to Showcase Latest Gaming Equipment at Computex 2012
Next Story
TimeScapes: World's First 4K Movie Goes on Sale