Why gamers should be excited for the Razer Phone 2

Why gamers should be excited for the Razer Phone 2 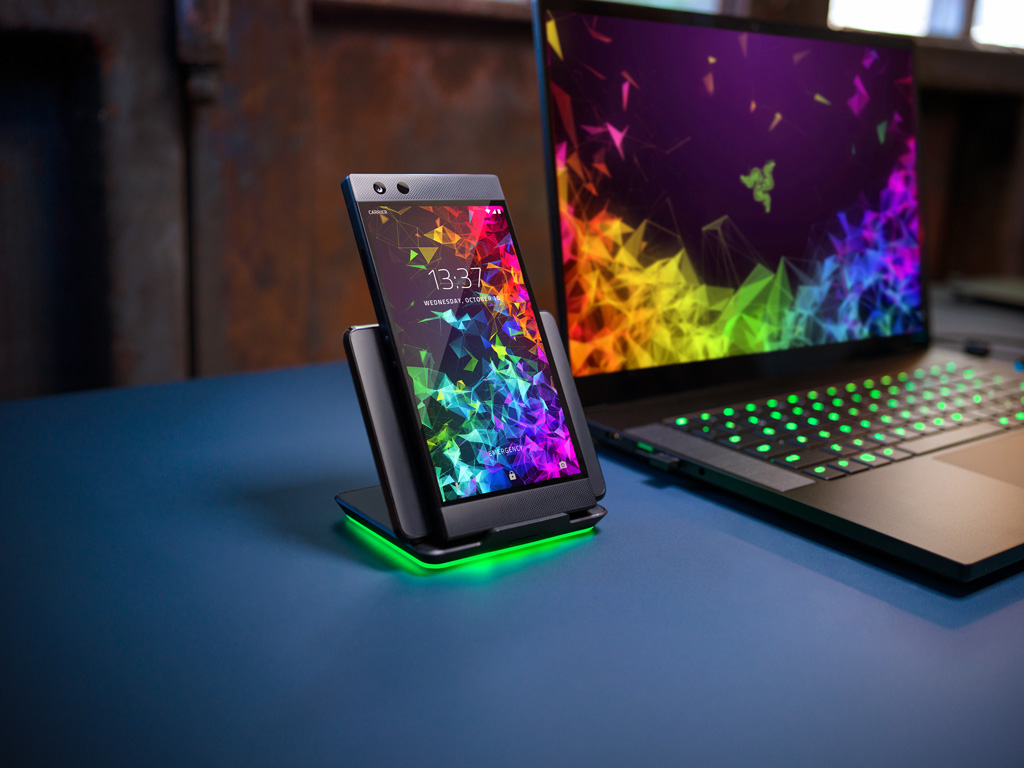 It’s official: The Razer Phone 2 has arrived. While many top-end smartphones can already play the latest and most popular mobile games, none have been made specifically for the task. Taking lessons learned from their first-gen model, Razer is back to prove that only they can give you the ultimate mobile gaming performance. They’ve also partnered exclusively with Singtel to ensure the phone runs on Singapore’s fastest, widest, award-winning network, so you’ll game on nothing but the best.

With a Qualcomm 845 Snapdragon CPU and an Adreno 630 GPU ticking away inside, the Razer Phone 2 practically guarantees flagship performance. They’re matched to 8GB of system memory, so all your games run smoothly even while multitasking, and backed by a massive 4,000mAh battery that lets you play for longer.

Went all out? Then Quick Charge 4+ will have you up and ready in no time, getting you from 0 to 50 percent in just 30 minutes flat. Don’t stop your match over a light rain or water spills either, as the IP67 rating keeps it safe from the elements. So, go ahead and gun down your opponents, beat that lap record, and pull on the next gacha banner – whatever your poison, it’ll handle it all. 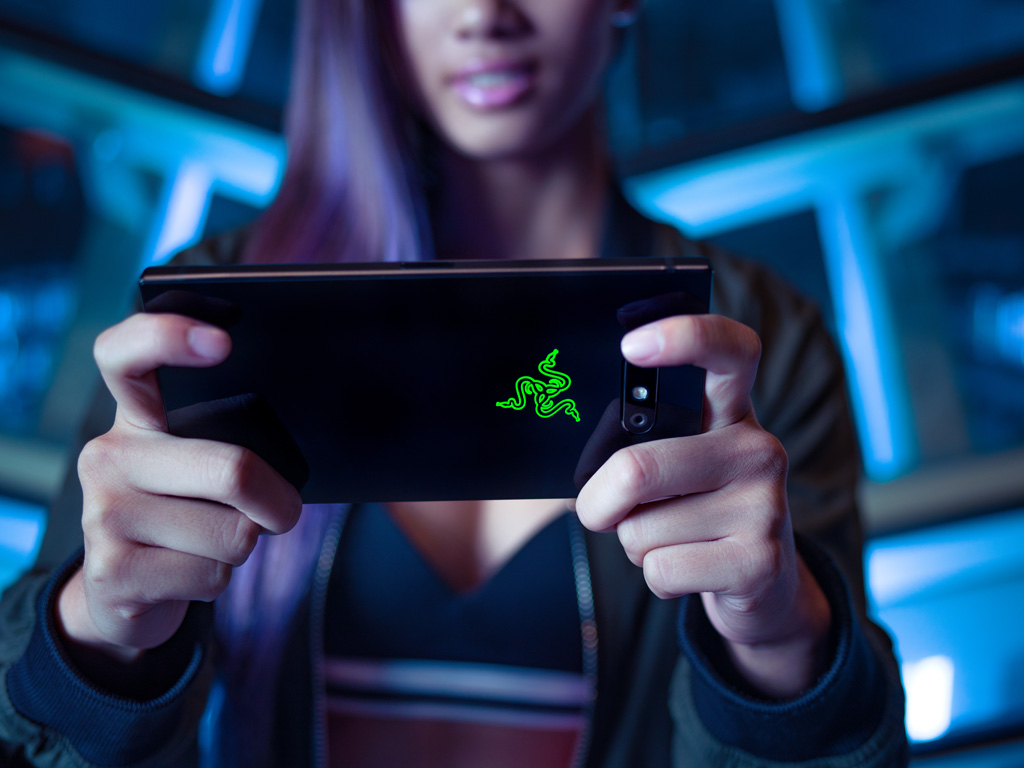 It’s still the only phone with a 120Hz UltraMotion display

The Razer Phone 2 carries on the strengths of a 120Hz UltraMotion display, allowing it to maintain zero visual lag in games. That’s because the 120Hz label applies to both the touch sampling and the screen’s refresh rate, leaving you with smoother animations, better gaming response, and better player accuracy. Other phones just won’t feel the same.

But that’s not all. Razer has also improved the screen’s brightness by 50 percent, letting you clear your dailies even under the bright midday sun. That also means better colors, so all the latest games and movies pop that much better on the screen. 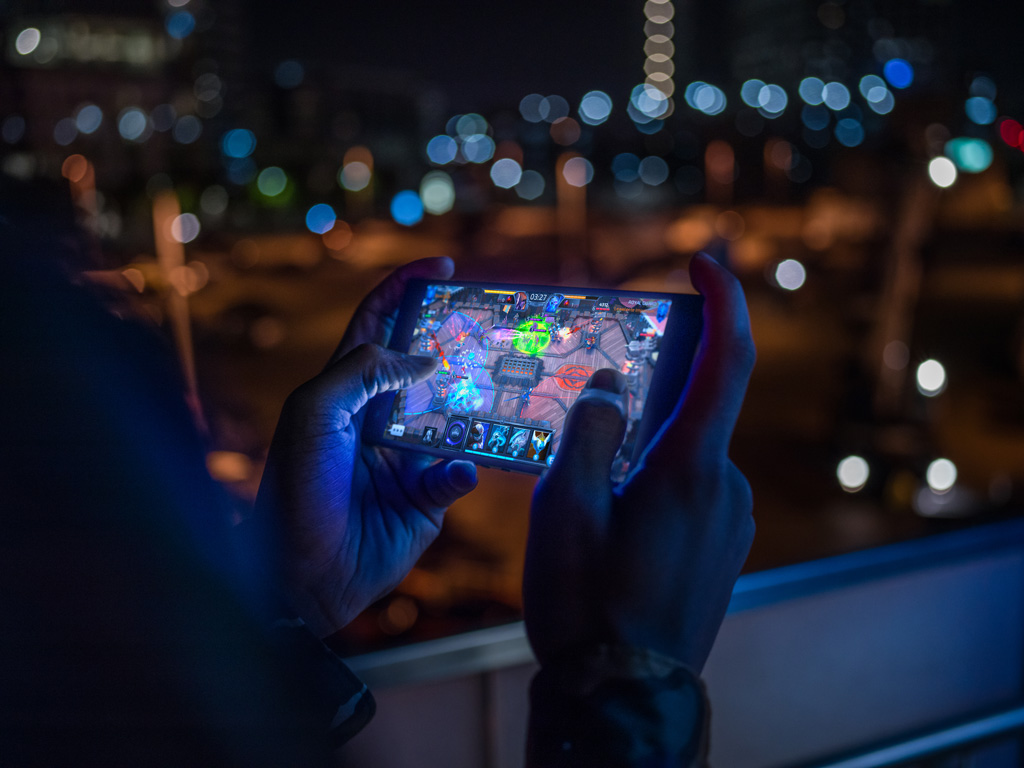 It has small quality-of-life changes meant for gaming

Only the most dedicated of mobile gamers will appreciate the small touches found in the Razer Phone 2. A vapor chamber cooling system combats overheating from all those long gaming sessions, so the phone stays cool to the touch and its components run at peak performance.

At the same time, ramp up your immersion with front-facing speakers that sound louder and clearer thanks to new hardware and Dolby Atmos, the latest in surround sound technology. Experience far greater spatial precision and realism in your games than ever before. Alternatively, plug in a headset for crystal clear hi-res audio through the 24-bit USB Type-C DAC.

With 4G LTE, you’ll get to game generously on Singtel’s blazing fast network. It’s the only telco in Singapore to provide peak speeds of 1.5Gbps, making it an ideal match for the Razer Phone 2’s support of up to 1.2Gbps mobile data rate. That’s on top of Singtel’s 99.9% island-wide network coverage and stability, which performs consistently in crowded areas, indoors, and even underground. It’s called mobile gaming, so play wherever you want.

Get the Razer Phone 2 exclusively with Singtel at www.singtel.com/razerphone2

Our articles may contain affiliate links. If you buy through these links, we may earn a small commission.
Previous Story
Huawei Mate 20 and Mate 20 Pro local pricing, availability, and promo details!
Next Story
These are the Whiskey Lake notebooks you can buy at The Tech Show 2018