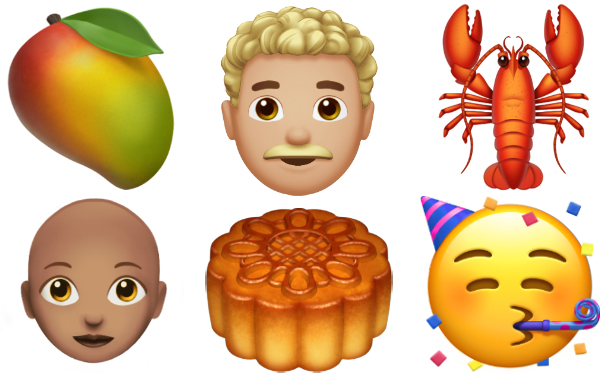 If you recall, Apple announced on World Emoji Day that it will be introducing over 70 new emojis in iOS 12.

However, the new emojis didn't make it in time for iOS 12, which is why you didn't see any mooncakes emojis this past Lantern Festival.

Anyhow, the new emojis will be included in the developer and public beta previews of iOS 12.1, which means they will be coming soon to the rest of us in the upcoming updates for iOS, macOS, and watchOS.

There are new food emojis too including lobster, mango, leafy green vegetable, moon cake, and more.

And they are new sports emojis including softball, frisbee, hiking boots, and compass.

iOS 12.1 will be available soon as a free update sometime later this year.

Join HWZ's Telegram channel here and catch all the latest tech news!
Our articles may contain affiliate links. If you buy through these links, we may earn a small commission.
Previous Story
Meet the new Microsoft Surface Pro 6, featuring 8th generation Intel processors and available in black
Next Story
HMD may bring back PureView on a flagship Nokia phone soon