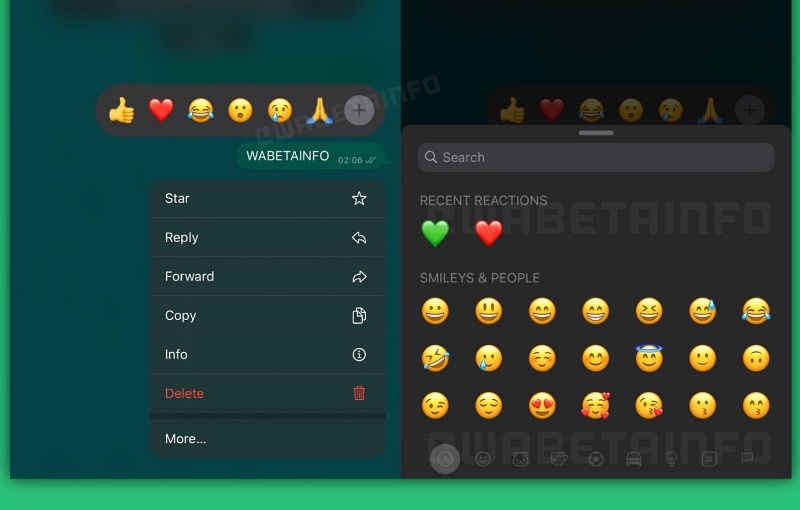 Weeks after rolling out the feature to react to messages with 6 different emojis, WhatsApp is readying an option to react with any emoji!

WABetaInfo reports that the feature to react to messages with any emoji is coming to the beta for Android, iOS and Desktop. As seen in the above screenshot, there will be a draggable section where users search and select any emoji to react to a message. There is also a shortcut row for the recently used reactions.

The WhatsApp beta is still under development and it is unknown at the time of publication when the feature will eventually be available.

Join HWZ's Telegram channel here and catch all the latest tech news!
Our articles may contain affiliate links. If you buy through these links, we may earn a small commission.
Previous Story
Casio's new square G-Shock GMW-B5000TVB has strong TVA vibes
Next Story
Sennheiser Momentum True Wireless 3 comes to Singapore