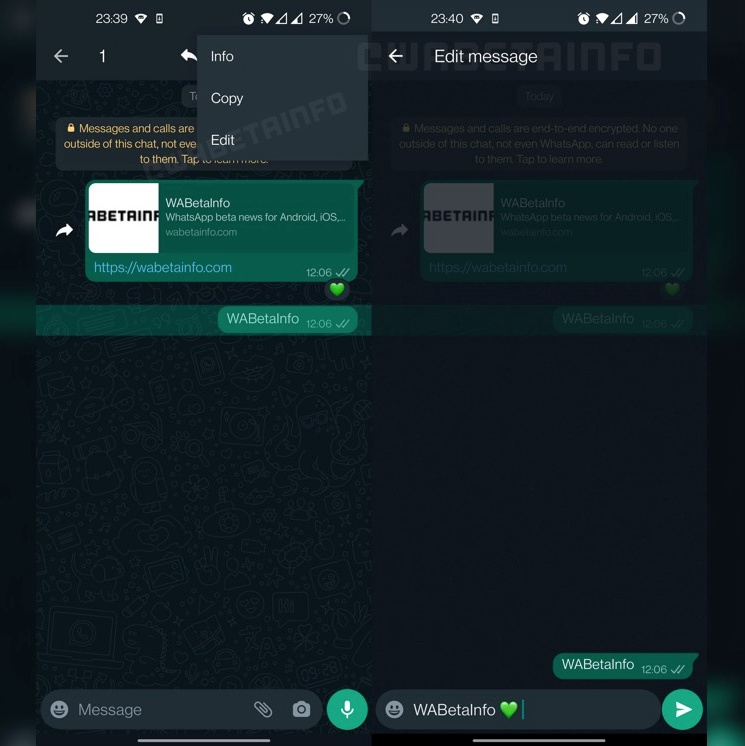 WhatsApp could be introducing the option to edit text messages in a future update.

WABetaInfo reports that WhatsApp is working on an option that allows users to edit text messages. While there is no indication that users can see the edit history, plans may change and the feature could be included in the final release. It is also not known at the moment if there is a time window for people to edit their messages.

The ability to edit text messages is expected to be available for WhatsApp on Android, iOS and desktop. Rival messaging app Telegram introduced the feature more than 6 years ago.

Join HWZ's Telegram channel here and catch all the latest tech news!
Our articles may contain affiliate links. If you buy through these links, we may earn a small commission.
Previous Story
SEGA has released the first trailer for Sonic Frontiers
Next Story
World of Warcraft Shadowlands' latest update adds cross-faction play for the first time