Your photos and videos can now disappear in WhatsApp

Your photos and videos can now disappear in WhatsApp

Note: This article was first published on 4 August 2021. 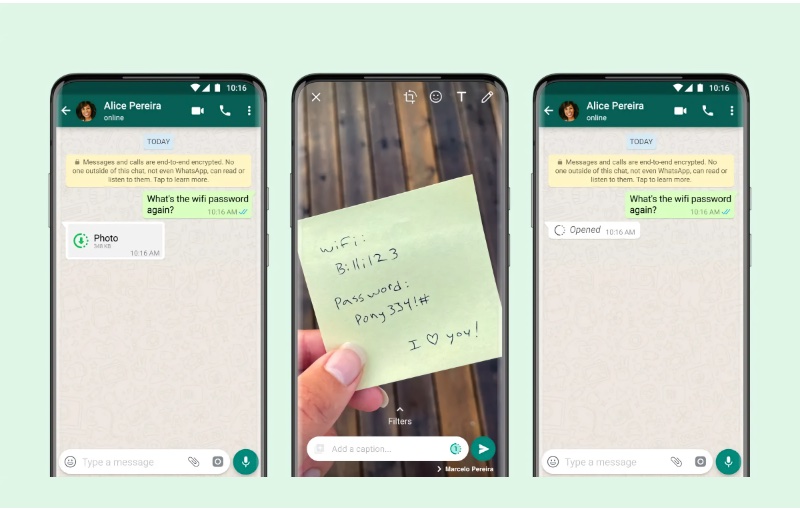 Promised earlier this year, WhatsApp said in a blog post that it is rolling out its “View Once” feature that deletes photos or videos from your chat after they’ve been opened by the recipient.

For example, you might send a View Once photo of some test results, or a one-time-pin (OTP) to a caregiver so that they can check your health records online.

Simply tap “1” when sending a video or picture to make it a View Once message that won’t preview in the chat. Once opened it can’t be saved or viewed again. The photo or video also can’t be forwarded, saved, starred, or shared.

If the message isn’t opened within 14 days of it being sent, the media will expire from the chat.

Note that View Once media can be restored from backup if the message is unopened at the time of backup. If the photo or video has already been opened, the media will not be included in the backup and can’t be restored.

But this isn’t a foolproof way to ensure your photos and videos don’t get stolen and shared. WhatsApp itself say that it is still possible for someone to take a screenshot or screen recording of the media or use another camera to record it before it disappears. And in either case, will you be notified if someone has done so.

Join HWZ's Telegram channel here and catch all the latest tech news!
Our articles may contain affiliate links. If you buy through these links, we may earn a small commission.
Previous Story
Apple reportedly in talks with Korean partners for its EV project
Next Story
Google shares details of Pixel 6 and 6 Pro, announces Google Tensor proprietary chipset