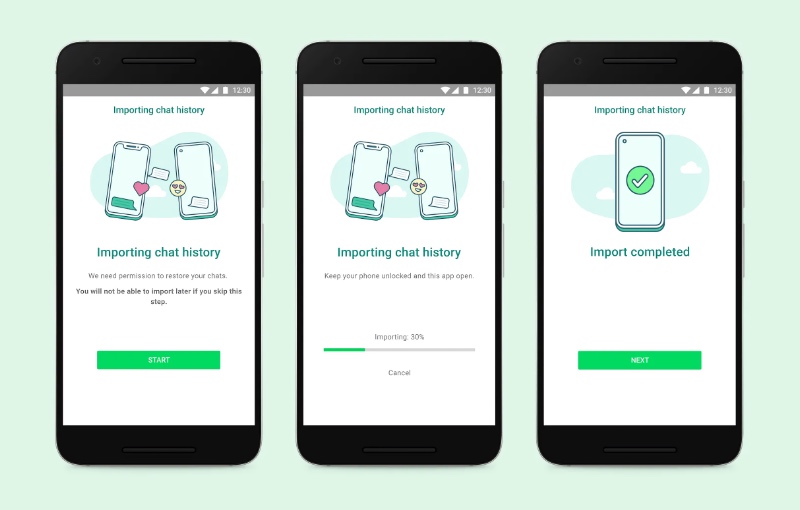 WhatsApp will finally allow users to transfer their chat histories when they switch from an iOS to Android device or vice versa. Users will be able to transfer entire chat histories including all voice notes, photos, and conversations.

The announcement was made last night during Samsung's Galaxy Unpacked event where the company introduced a slew of new devices including the Galaxy Z Fold3, Z Flip3, Galaxy Watch4, and Galaxy Buds2.

The feature will be available first on Samsung's new Z Fold3 and Z Flip3 phones and other Samsung phones "in the coming weeks".

According to reports, users will need a Lightning to USB-C cable to effect the transfer. And for users who have already made the switch from iOS to Android or Android to iOS in the past and have two separate cloud backups, there's no feature yet to merge them.

No word yet on when this feature will be coming to non-Samsung Android phones and also iPhones. Though one suspects WhatsApp might try to slide this announcement in during the new iPhone unveiling sometime in September.

Join HWZ's Telegram channel here and catch all the latest tech news!
Our articles may contain affiliate links. If you buy through these links, we may earn a small commission.
Previous Story
Dyson's Supersonic hairdryer has a new attachment - the Flyaway
Next Story
Samsung raises their game with the new Galaxy Watch4 and Watch4 Classic