What game sold the most during Black Friday?

What game sold the most during Black Friday? 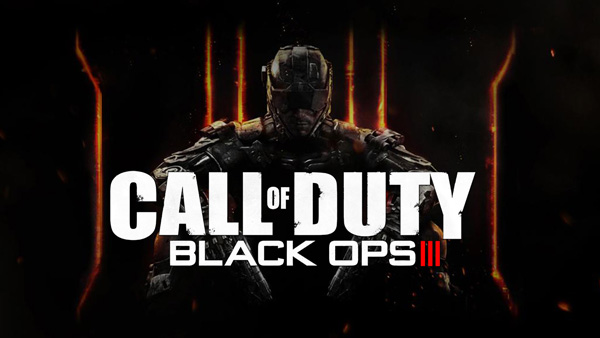 Now that Black Friday is over and done with, we can finally sit down and relax for a few weeks before the Christmas sales start to heat up. While in the midst of caroling and drinking eggnog though, we got to wondering what game sold the most during the last Black Friday.

Thanks to Infoscout, it wasn't that hard to find out. Turns out it's not really a surprising one.

Yup, you guessed it, it's a Call of Duty game, Black Ops III in this case. Released just a few weeks before, Black Ops III has managed to stand strong despite stiff competition from titles like GTA V and The Witcher 3 to rule the roost. Take a look at the chart below. 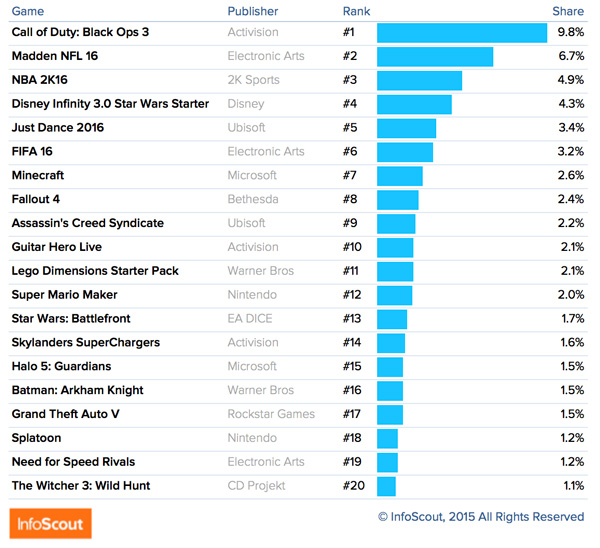 Black Ops III outsold Madden 16 by a whopping 3.1%! Not bad for a series with a yearly iteration!

The list has some very surprising games on it. By that we mean Super Mario Maker and Splatoon. Despite being exclusive to the Wii U, the titles still managed to make it to the top twenty. The only other system exclusive title on the list is Halo 5, which ranked a respectable fifteenth.

Now if you have a hankering to play Black Ops III but have no money after spending it all on Black Friday sales, we hear that Aorus has a contest going on where the weekly winner nets the game for free. It's not much, but at least it beats spending the $76.90 the game will cost you if you buy it on Steam.

Join HWZ's Telegram channel here and catch all the latest tech news!
Our articles may contain affiliate links. If you buy through these links, we may earn a small commission.
Previous Story
Behold, this is the iPhone 6S Smart Battery Case
Next Story
ASUS' new service center opens at Capitol Piazza