Note 1: This article was first published on 14th December 2017 and re-published for awareness. 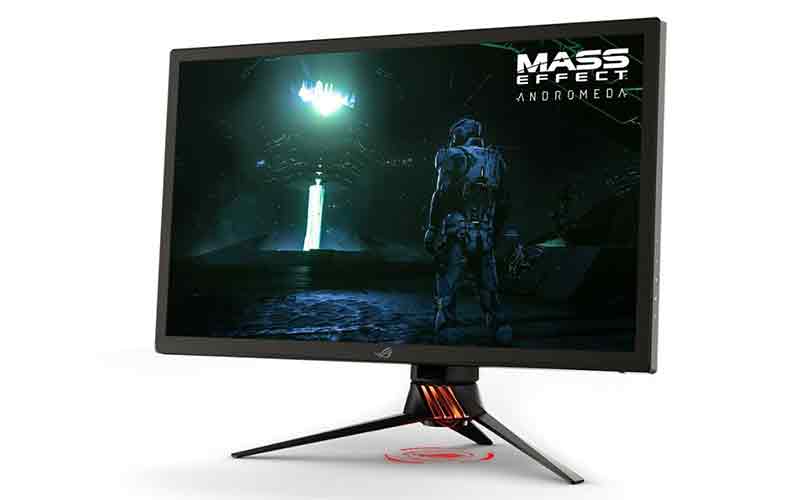 Most people will probably agree that High Dynamic Range (HDR) technology is one of the biggest leaps forward in terms of image quality and viewing experience. But what’s not clear is exactly what HDR means.

There are many HDR standards out there, and the problem is that they aren't all created equal. Simply saying that a display supports HDR isn’t very helpful, because it doesn’t say anything about how well it can do this.

This could lead to a sub-par experience with HDR, which doesn’t quite do justice to the technology.

Display standards organization VESA wants to change that with its own DisplayHDR certification, a tiered system that aims to set a baseline standard for HDR quality on PC screens.

There are just three tiers for now – DisplayHDR 400, DisplayHDR 600, and DisplayHDR 1000 – which will focus specifically on LCD displays.

All three tiers will support the open HDR10 standard, and it’s their support for varying brightness levels and color depths that set them apart:

DisplayHDR 400: This is the baseline, with 400 nits being the minimum peak luminance required for qualification. True 8-bit performance is also a must in this tier, and display makers can't use 6-bit drivers to simulate 8-bit quality. DCI-P3 isn't needed though (95% BT.709 is enough). In our opinion, many midrange and high-end PC monitors today already fall into this category; if you've a fairly recent high-end monitor, you should at least aim for a DisplayHDR 600 screen when you next upgrade.

DisplayHDR 600: 600 nits is the minimum requirement for peak brightness at this level. Black level performance criteria is also higher (0.1cd/m2 for corner maximum limit), which probably means monitors that are aiming this level need to use some form of local dimming tech. The display also needs to hit 99% BT.709 or 90% DCI-P3. 10-bit performance can be achieved with 8-bit drivers + 2-bit dithering.

DisplayHDR 1000: As the name implies, minimum peak brightness needs to hit 1,000 nits. Otherwise, it's similar to DisplayHDR 600: HDR10 support, 99% BT.709 (90% DCI-P3), 10-bit color, and brightness to white response time of 8 frames (60Hz). Black level at corners is further tightened to 0.05cd/m2. One can expect this DisplayHDR 1000 being a selling point for high-end professional and gaming monitors in time to come. 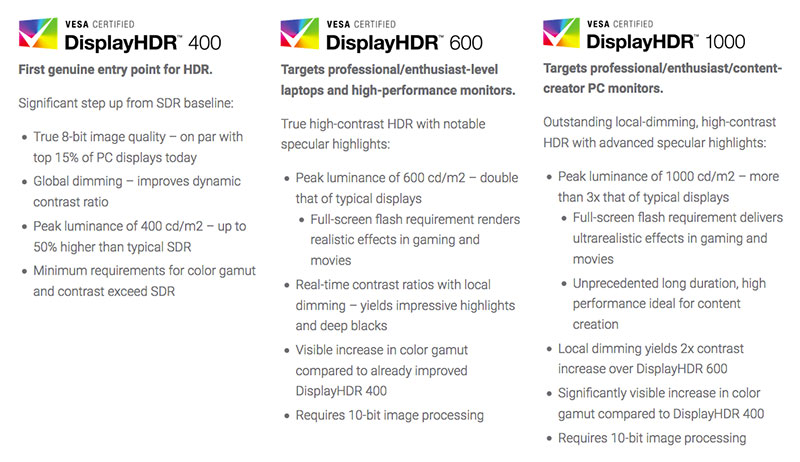 VESA hopes to eventually extend DisplayHDR to OLED panels and other displays, but the company says we’ll see DisplayHDR-certified monitors as soon as CES 2018 in January. We can also expect additional tiers to be added later on as recording and panel technology improves.

Join HWZ's Telegram channel here and catch all the latest tech news!
Our articles may contain affiliate links. If you buy through these links, we may earn a small commission.
Previous Story
A Chinese company is now the world's most valuable AI startup
Next Story
Apple could announce the (PRODUCT)RED Edition iPhone 8 and iPhone 8 Plus soon