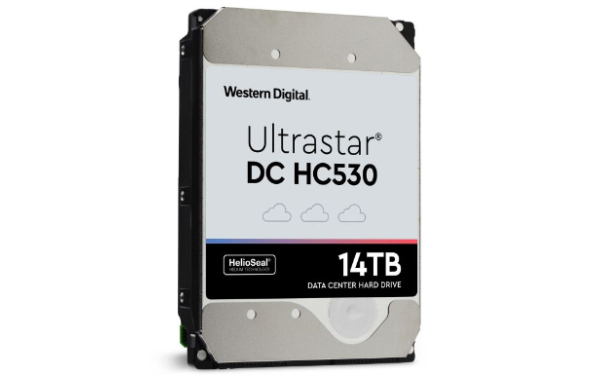 14TB drives are not new, HGST, a subsidiary of Western Digital, announced a 14TB drive last year. But that was based on shingled magnetic recording (SMR).

The new 14TB Ultrastar DC530 was designed for enterprise use, and they rely on PMR. They are also helium-filled. Inside each drive is eight 1.75TB platters and they spin at 7,200pm. Additionally, they will be available with either SATA or SAS interfaces.

Sustained transfer rate is claimed to be in the region of 267MB/s and the drives will be back by 5-year long warranties.

The Western Digital Ultrastar DC530 is expected to be available here sometime in May. Prices have yet to be confirmed.

Previous Story
Opera is killing its VPN app for iOS and Android
Next Story
The ASUS ROG Huracan is a compact, cyberpunk-inspired desktop that packs a hard punch