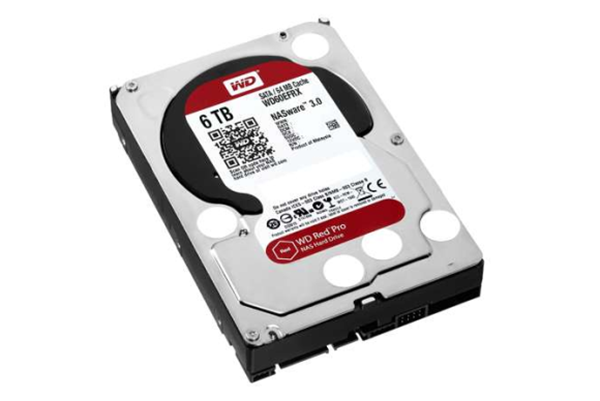 In the face of increasing competition in the enterprise and NAS space from SSDs, Western Digital has just announced its all-new WD Red Pro series of drives as well as new 5TB and first-to-market 6TB WD Red drives for NAS-specific applications.

The new 5TB and 6TB WD Red drives will feature NASaware 3.0, an enhanced version of WD's original NASware technology, designed to improve reliability and system performance. Additionally, all WD Red drives will feature 3D Active Balance Plus, an enhanced balance control technology, which significantly improves overall drive performance and reliability. These drives can operate in up to eight bay NAS systems with no penalty to performance.

On the other hand, the new WD Red Pro drives are designed for users who want the reliability of WD's Red drives, but with added performance. Hence, these drives all spin at 7200rpm and features a special hardware compensation vibration, allowing them to work optimally in environments where many hard disk drives are used side by side. As a result, the WD Red Pro can be used in NAS systems that can accommodate as many as eight to sixteen drive bays.