Western Digital has just announced the availability of their WD Black 4TB 3.5-inch, 7,200rpm hard disk drives. The company also touts the new features of the drive like its dual-processor, dual-actuator technologies and these drive are covered with a five-year limited warranty. This is not the first 4TB drive from Western Digital as they already offer such large capacity drives with high rotational speeds for enterprise needs. This is their first such offering for non-enterprise end users. 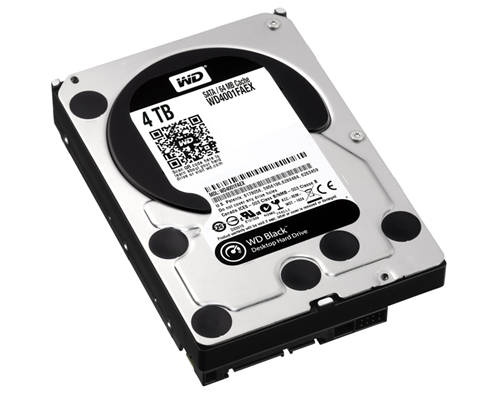 The WD Black 4TB drive features a SATA 6Gbps interface with 64MB of cache; its areal density is 800GB per platter. The drive also comes in 500GB, 1TB and 2TB capacities. All drives from this series have the earlier mentioned features as well as StableTrac and NoTouch technologies. The top-end WD Black 4TB (model: WD4001FAEX) hard drive has a SRP of S$459 and all the drives in this new series are available from select distributors and resellers.