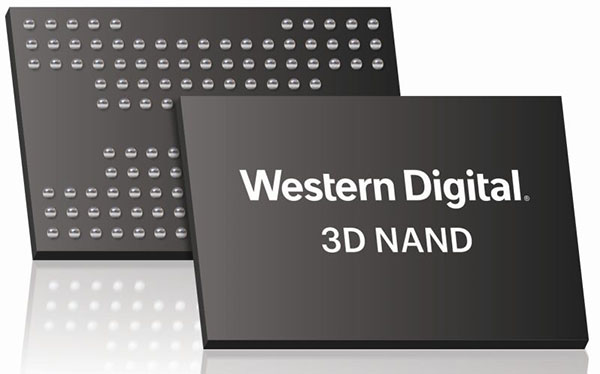 Western Digital has just announced its new fourth generation 3D NAND. Known as BiCS4, these chips were developed in conjunction with Toshiba.

BiCS4 will feature 96 layers, a first in the world, and will offer vastly improved memory density and performance.

The introduction of QLC NAND is interesting as it could enable larger flash drives, but at the cost of endurance. We are eager to see how this will pan out.

That said, experts have predicted that the endurance of QLC NAND could be as low as only 100 to 150 P/E cycles. Well below the 1000 P/E cycles of today's TLC NAND drives.

As a result, the use of QLC NAND could be restricted to removable storage drives or other applications where writing is not intensive.

Western Digital will begin sampling BiCS4 later this year and volume production is expected to begin next year.

Western Digital also said that more advanced configurations of BiCS4 will come in 2018 and 2019. Following that, the company will transition to its next generation BiCS5 NAND sometime in 2020.