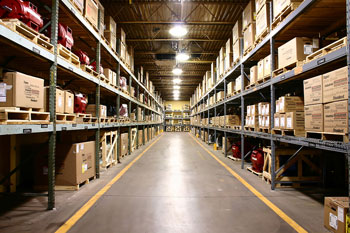 A recent study conducted by DisplaySearch revealed that LCD TV makers have reduced production output due to weakening consumer demands. However, sales prospects are expected to improve towards the end of the year, due in part to the holiday season. Many TV and OEM makers are planning to step-up production plans in the third quarter as the year draws to a close.

www.HDTVtest.co.uk - A recent study by DisplaySearch has revealed that major LCD TV manufacturers have been forced to put the brakes on this year’s LCD television production as a result of demand being lower than expected. According to the California-based market research firm, these downward revisions of production plans have come at a rapid pace, with TV brands realising that sales are going to be much slower than they had anticipated.

The report also mentioned that many LCD TV makers, including those from China, have been struggling with poor sales figures of late. Cutting back on production numbers helps reduce the risk of surplus inventory. To find out more on this story, click here.

Join HWZ's Telegram channel here and catch all the latest tech news!
Our articles may contain affiliate links. If you buy through these links, we may earn a small commission.
Previous Story
ASRock Unveils its Exclusive XFast LAN
Next Story
Genius Introduces an Ultra-Thin Bluetooth Keyboard for iPad