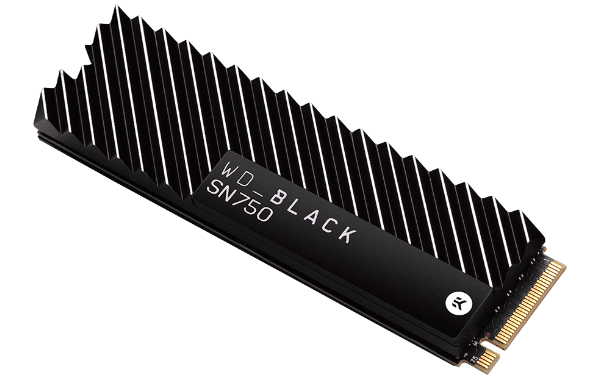 Western Digital is furiously updating and upgrading its line-up of SSDs. A year ago, it launched the WD Black NVMe SSD. Now, it has a new flagship called the WD Black SN750 NVMe SSD.

The equally long name aside, the new drive is actually largely similar to its predecessor but with some crucial tweaks.

The controller is and memory used is still the same, meaning we have Western Digital's in-house SSD controller and SanDisk's 64-layer TLC 3D NAND.

What's new is that these drives will get an updated firmware. Additionally, there will now be a 2TB option as well as variants that come with a large heatsink.

The 1TB variant is the fastest and has claimed sequential read and write speeds of up to 3,470MB/s and 3,000MB/s respectively.

The non-heatsink drives are available now while the heatsink versions are available for pre-order right now from all major retailers and will be available in the next one to two weeks.