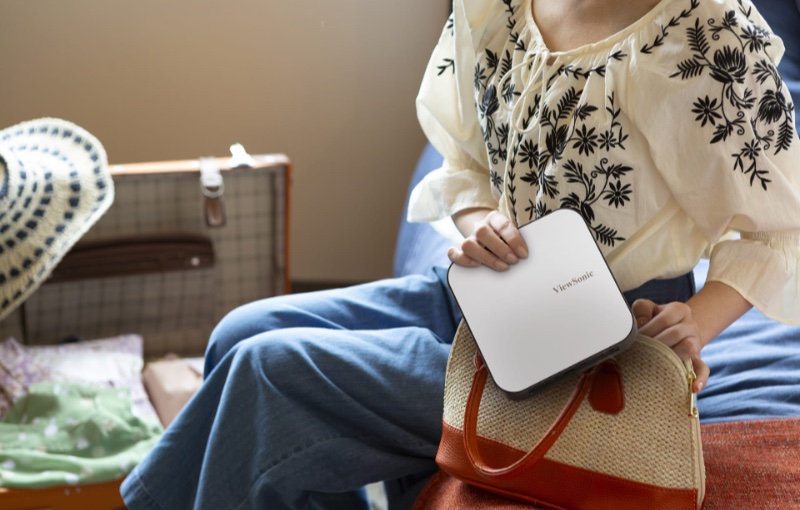 There are enough portable projectors from manufacturers to be a mainstream product category. But the new ViewSonic M2e stands out with the ability to autofocus in one second, compared to current methods that take up to five times longer.

We previously covered the ViewSonic M2. This was a native 1080P LED light source-based projector with 1,200 lumens brightness output. Compared with this, the M2e is smaller and not as bright as the M2 with 1,000 lumens. However the M2e has a slightly shorter throw ratio, shorter throw distance, better horizontal keystone correction, and lower input lag. Plus, there is that quicker autofocus.

Speed as the crow flies

It does this using Time-of-Flight (ToF) technology. ToF sensors are a type of scanner-less LIDAR (Light Detection and Ranging) that measures the distance based on the time it takes photons to travel between the sensor’s emitter and the target area, allowing for an accurate range measurement regardless of the surface properties of the object. They also have highly accurate linearity and up to 3m detection area with a full field of view.

When traditional projectors are moved, they need to be manually refocused or by using a remote or button to adjust the focus ring. With ToF built-in G-sensors the M2e can detect changes in the setup position and automatically trigger instant autofocus using ToF technology.

The rest of what’s inside 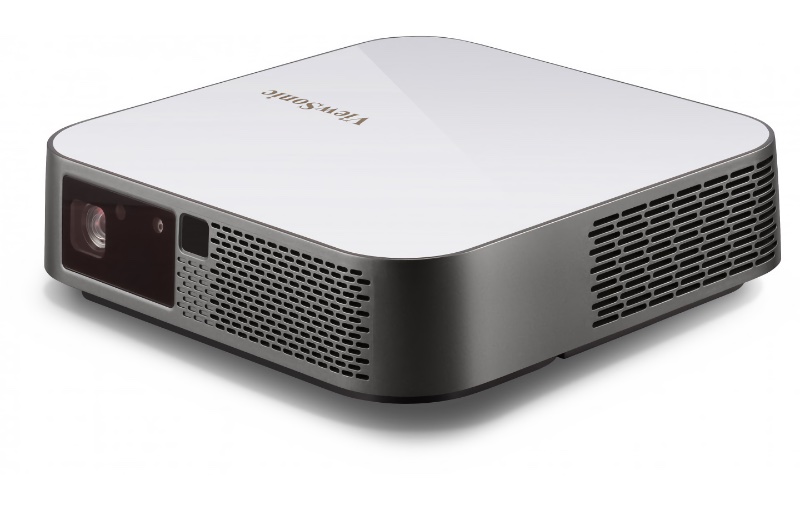 As mentioned earlier, the M2e has an FHD resolution of 1,000 lumens. Connectivity comes in the form of Wi-Fi and Bluetooth, USB 2.0 and C, HDMI 2.0, and microSD. In terms of sound, there are two 3W Harman Kardon speakers as well as a 3.5-mm audio-out jack for headphones or connection to a better sound system. Unlike other similar projectors, there isn’t a built-in battery, so it will be needed to be plugged in.

The ViewSonic M2e is available now at S$1,299 from ViewSonic’s official store on Lazada.

Join HWZ's Telegram channel here and catch all the latest tech news!
Our articles may contain affiliate links. If you buy through these links, we may earn a small commission.
Previous Story
NVIDIA DLSS is now available as a plugin for Unreal Engine 5
Next Story
The Phillips Momentum gaming monitor is the world's first display tailored specially for Xbox