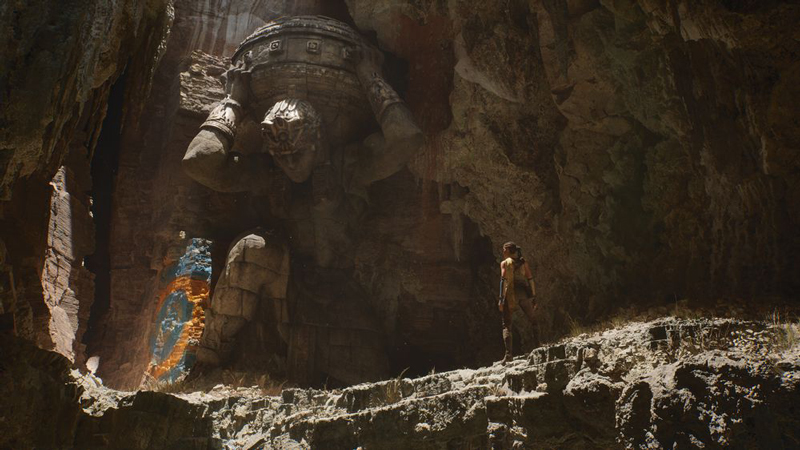 During a Summer Game Fest event yesterday, Epic Games revealed a real-time demo for their new game engine: Unreal Engine 5. This new engine is designed to bring photorealistic visuals to the next generation of videogames, and make it easier for developers to achieve said visuals in their games.

The demo is titled ‘Lumen in the Land of Nanite’, running live on the PlayStation 5. It showcases the high-end capabilities of Unreal Engine 5, with incredible graphics and rendering detail. Watch the demo in 4K resolution below:

Suffice it to say, this demo is very impressive. At the core of Unreal Engine 5 are two new technologies; Nanite, a virtualised geometry system that allows artists to import film-quality 3D models comprising billions of polygons, and Lumen - a fully dynamic global illumination system that allows for incredibly realistic lighting in games.

The demo also shows off the fast-rendering capabilities of the PlayStation 5’s new built-in SSD technology. It does have the usual developer trick of squeezing through a narrow corridor to load the next in-game environment, but that’s made up for in the demo’s ending - where the player spectacularly soars through a gorgeous environment. It’s absolutely astounding that this engine is capable of generating visuals like that in real time.

Nanite will make the process of importing 3D assets into games much, much easier. Using Unreal Engine 5, game developers can now import incredibly detailed 3D models from sculpting programs like ZBrush and photogrammetry scans (which involves photographing real objects to create virtual ones) directly into their games. 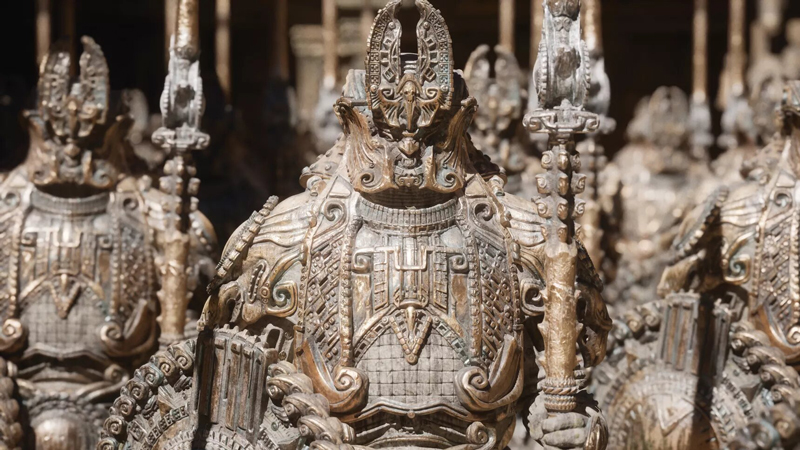 Nanite geometry is streamed and scaled in real time so there are no more polygon count budgets, polygon memory budgets, or draw count budgets; there is no need to bake details to normal maps or manually author LODs; and there is no loss in quality.

Theoretically, this could cut down greatly on the costs of game development, but it could also blow up game sizes even more - 8K textures and billions of polygons would take up a lot of space, after all. Fortunately, an Unreal Engine engineer addressed these concerns on Twitter, saying that, “download sizes are also something we care very much about.” Hopefully, that means we won’t see anything like the ludicrous 185GB+ download sizes of Call of Duty: Modern Warfare in next-gen consoles.

Artists and designers can create more dynamic scenes using Lumen, for example, changing the sun angle for time of day, turning on a flashlight, or blowing a hole in the ceiling, and indirect lighting will adapt accordingly. Lumen erases the need to wait for lightmap bakes to finish and to author light map UVs—a huge time savings when an artist can move a light inside the Unreal Editor and lighting looks the same as when the game is run on console.

The demo also shows off existing Unreal Engine tech, such as Chaos - the physics and destruction system, Niagara VFX, convolution reverb and ambisonics rendering, all in Unreal Engine 5. While the next-generation consoles (Xbox Series X and PlayStation 5) will launch later this year, Unreal Engine 5 will only become available to developers to preview in early 2021.

The engine will be fully released in late 2021, available on current and next-generation consoles, as well as Android, iOS, Mac and Windows PC. Unreal Engine 5 will also be forward compatible, meaning that developers can create games in Unreal Engine 4 and move them entirely to Unreal Engine 5 later.

Just for fun, here's a demo for Unreal Engine 4:

Epic also revealed that Fortnite (created using Unreal Engine 4) will be available on next-generation consoles at launch, and the game will later migrate to Unreal Engine 5 in mid-2021. Unreal Engine will remain free to all developers, but royalties are now waived on the first US$1 million earned in gross revenue per game. That’s a great move on Epic’s end, bolstering indie developers to create games with even more freedom.

Epic has also just launched Epic Online Services, which allows all developers to use the same tools used to create Fortnite’s multiplayer ecosystem. These services allow for key multiplayer features like cross-play and cross-progression, which could be huge for developers of multiplayer games.

Fantastic games like Star Wars Jedi: Fallen Order, Gears 5 and Final Fantasy 7 Remake have been developed using Unreal Engine 4. This announcement could be a pretty big step forward for the industry as a whole, going into next-gen.

Join HWZ's Telegram channel here and catch all the latest tech news!
Our articles may contain affiliate links. If you buy through these links, we may earn a small commission.
Previous Story
Dell's Alienware gaming laptops are getting new Intel processors and upgraded GPUs
Next Story
The world's lightest 14-inch laptop just got even more powerful