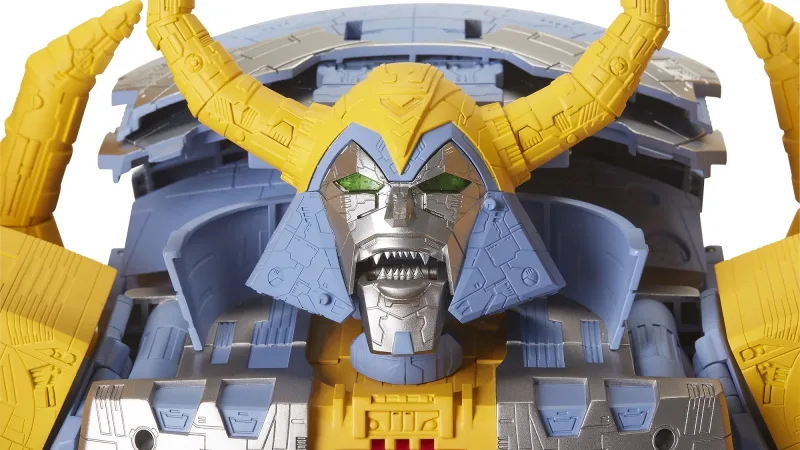 Unicron is possibly one of the most popular Transformers, purely because it’s also one of the biggest to date. It transforms into an entire planet after all, but toy versions of the character have never really been able to capture its massive size in a satisfying way.

Haslab aims to change that with its new Unicron toy, which we wrote about earlier. Takashi Kunihiro (designer of Transformers characters for Takara Tomy since 1984) has even stepped in to unbox and assemble a prototype version of Unicron in the video below, courtesy of its crowdfunding page.

It’s worth noting that the prototype will no doubt go through changes once the toy enters full production, but still. Look at the size of it! There is a drawback, unfortunately.

Haslab is a crowdfunding platform after all, and they’re asking for 8000 pre-orders before they can actually put the toy into production. The campaign has only reached around 2300 backers out of the 8000 needed thus far, and it doesn't look like it's going to meet its goal in time for its August 31 deadline.

It’s strange to see toy companies go to crowdfunding platforms these days. This isn’t Haslab’s only effort at crowdfunding new toys too, as they have also managed to fully crowdfund a replica of Jabba the Hutt’s Sail Barge from Star Wars: Return of the Jedi.

Haslab have also been trying to crowdfund a life-sized plush of the Cookie Monster from Sesame Street, but that campaign isn’t doing too well either. It doesn’t look like the company’s push to crowdfund toys is working out too well for them so far, but fingers crossed this Unicron toy manages to hit its goal in time.