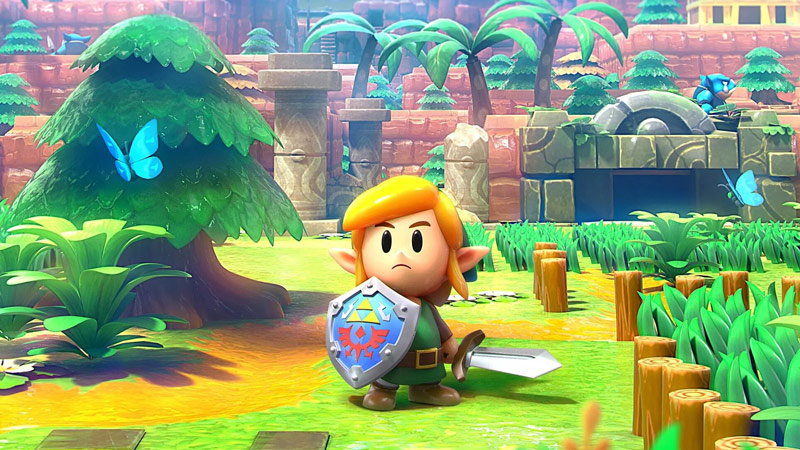 September’s Nintendo Direct was a big one, giving us a look at Nintendo’s biggest upcoming exclusives. For your viewing pleasure, here’s a compilation of all the big gameplay reveals.

We know that Luigi is going to bust some spooks in a haunted hotel in Luigi’s Mansion 3. However, something we didn’t know before was that every floor of the hotel will have a different look and theme! From jungle areas to Egyptian-themed areas, this hotel has it all. For example, Tomb Suites has mummies, a whole lot of sand dunes and boobytraps to boot.

The hotel also has a disco floor where you can dance with a bunch of Jawas, a pirate themed restaurant featuring ghost sharks and so on. ‘Scream Park’ was also announced, a new multiplayer mode where a bunch of Luigis bully a bunch of Gooigis in a series of Mario Party-like minigames. Poor Gooigis.

This game is just two weeks away, so of course it had a place in the Direct. Although it was short, we got a good look at a bunch of new stuff in Link’s Awakening, such as NPC characters around the world, Mario levels and a Kirby cameo! They also highlighted the game’s new dungeon maker, where you can place dungeon chambers together to make an all-new dungeon of your own.

We got a pretty big look at Nintendo’s latest Animal Crossing game. The Direct showcased the game’s crafting system, new environments, characters and a NookPhone! This handy little thing stores crafting recipes for you, and you can even earn ‘Nook Miles’ by completing challenges around the island through it.

You can also pluck weeds and sell them for bells, or even use them for crafting! The island also changes with time and weather conditions. Somtimes it'll be bright out, sometimes cloudy or even windy. These conditions will bring out different insects and fish to catch around the island.

The game also offers local wireless and online multiplayer, where you can travel to other players’ islands and play with up to 8 other people. Overall, I have to say, this game looks incredible. Even just graphically - so good!

Gamefreak’s brand new IP has stirred up some interest, given that it’s rare they work on anything other than Pokemon games. In Little Town Hero, a monster attacks a peaceful town and a boy named Axe rises up to fight it with… ideas?

Apparently, you can also move around town during battle to get townspeople to help you out. Toby Fox of Undertale fame also composed ‘almost all’ of the game’s music. As someone who really wants to like this game… What on earth is this game? Yikes.

If you're more into Super Smash Bros...check out our coverage here too.

Join HWZ's Telegram channel here and catch all the latest tech news!
Our articles may contain affiliate links. If you buy through these links, we may earn a small commission.
Previous Story
Pokémon Sword and Shield introduces new pokémon, camping, and curry cooking
Next Story
Overwatch is coming to the Nintendo Switch on 15 October