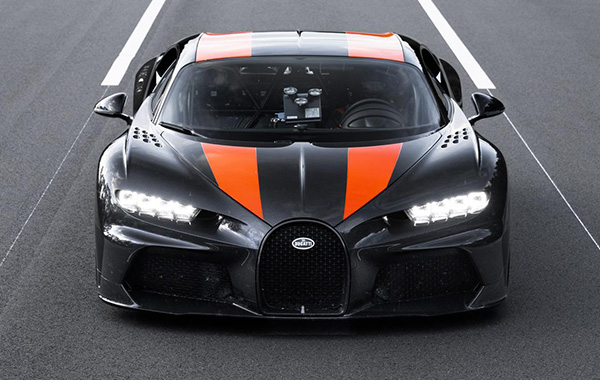 Bugatti has long maintained that its Chiron would be able to go faster than 300mph (~483km/h) and they have finally gone ahead and proved it.

In early August this year, Bugatti test driver Andy Wallace successfully piloted a modified Chiron to a mind-warping speed of 304.773mph (~490.42km/h). That's over 136 metres per second — more than the length of a football field.

At that speed, you could get from Tuas Checkpoint to Changi Airport in well under 9 minutes.

However, Bugatti didn't used a standard Chiron for this speed run. It's a modified unit that has various  modifications. The body is about 25cm longer than a standard Chiron and it sits lower to the ground, all in the name of reducing drag.

The engine churns out more power too. It's still an 8-litre W16 quad-turbo unit, but it puts out 1,578hp — about 100hp more than the regular Chiron's. Bugatti has nicknamed this particular engine "Thor," which is fitting. 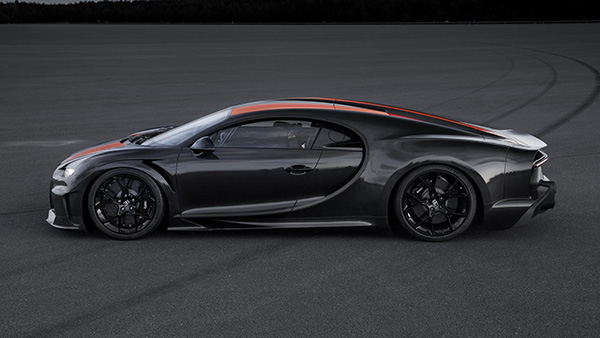 After the run, Stephan Winkelmann, President of Bugatti, said that there can be no question of Bugatti's expertise in creating the world's fastest cars and that the company will now stop competing against other companies based on speed.

We have shown several times that we build the fastest cars in the world. In future, we will focus on other areas.

Clearly, this is an amazing achievement, but given that it isn't a standard Chiron, I think it's correct to say that the title of world's fastest production car still lies with the Koenigsegg Agera RS, which recorded 277.87mph (447.19km/h) in a speed run in 2017.

That said, Bugatti could claim the title outright if they decide to release a road-going version of this modified Chiron. Do it!

Join HWZ's Telegram channel here and catch all the latest tech news!
Our articles may contain affiliate links. If you buy through these links, we may earn a small commission.
Previous Story
The ASUS ZenScreen Touch is a 15.6-inch portable monitor for on the go entertainment
Next Story
The SuperSolid XG340R is a 34-inch curved display that won't break the bank