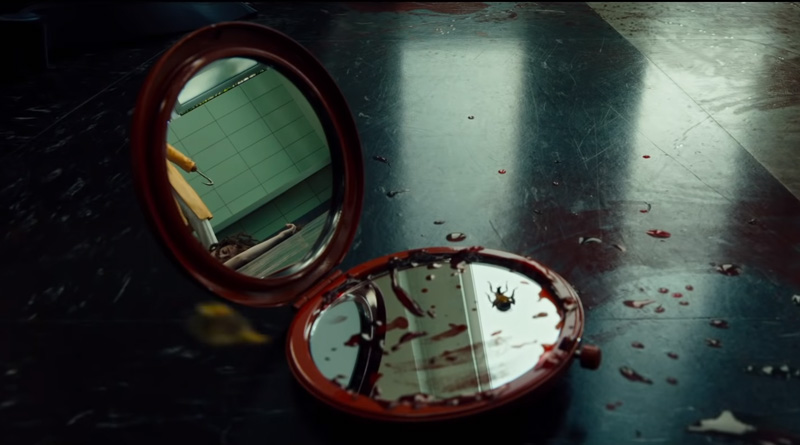 Jordan Peele has been on a roll with horror movies lately. First Get Out, then Us - now this?

Universal Pictures has unveiled a new trailer for the upcoming Candyman reboot. Much like the 2018 Halloween film, this movie will ignore every other installment in the Candyman franchise - instead acting as a direct sequel to the original.

Yahya Abdul-mateen II (last seen in Watchmen) plays a grown-up version of the baby kidnapped in the original film, Anthony McCoy. He has become an artist obsessed with researching and spreading the legend of the Candyman. Spoiler alert: that leads to lots of bad stuff happening.

The original film followed a young graduate student investigating the same legend - leading to the Candyman coming after her. History repeats itself! Tony Todd will return as the iconic Candyman, while Teyonah Parris, Vanessa Williams and Colman Domingo also join the cast. Nia DaCosta will direct, while Peele produces and writes for the film.

Candyman will hit theatres on June 18, 2020. If you’re getting impatient though, maybe say ‘Candyman’ five times in front of a mirror - who knows? You might get a little sneak preview.