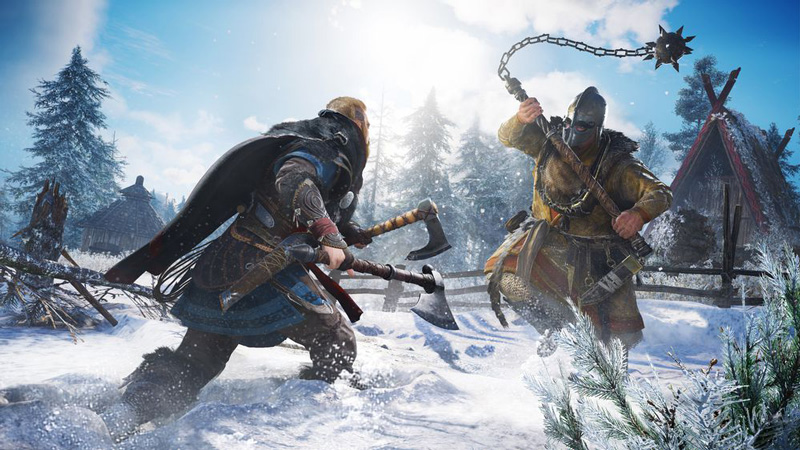 Ubisoft just revealed the cinematic trailer for Assassin’s Creed Valhalla, a cross-generation title that will come to PlayStation 4, PlayStation 5, Xbox One, Xbox Series X, PC and Google Stadia this holiday season. The game was first revealed via an eight-hour livestream where artist BossLogic painstakingly created artwork for the game.

Assassin’s Creed Valhalla takes the franchise to England’s Dark Ages in the ninth century. You’ll play as a viking named Eivor, who simultaneously acts as both warrior and leader for his clan. Like Assassin’s Creed Odyssey, players can choose between playing as a male or female Eivor. Eivor's hair, tattoos, clothing, war paint and gear can also be customised.

In addition to the usual massive open world, players will also have to be intimately involved in the progress of the village they lead. They can take on raids on other settlements, plunder to gather resources for their own people - and build up an entire village from scratch. Choices made in the story can deeply affect Eivor’s clan, so players will have to tread carefully when making dialogue choices and forging political alliances. 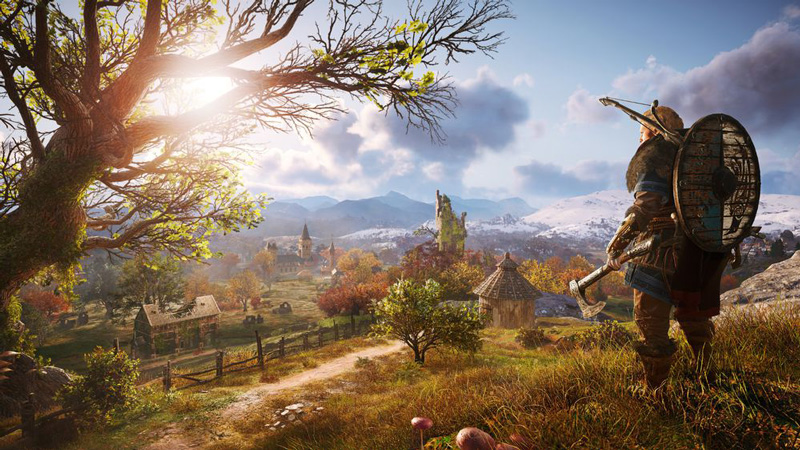 Here’s the official synopsis for the game:

Driven from Norway by endless wars and dwindling resources in ninth century AD, players will lead Eivor’s clan of Norsemen across the icy North Sea to the rich lands of England’s broken kingdoms. Players must carve out a new future for their clan, reliving the ruthless fighting style of Viking warriors with a revamped combat system that includes the ability to dual-wield weapons against a greater variety of enemies than ever before. To secure resources, players can lead raids to select locations using their longship to earn much-needed riches and supplies. As the Vikings begin to settle in their new home, they encounter resistance from the Saxons, including King Aelfred of Wessex, who denounces them as heathens and looks to be the sole ruler of a civilized England. Against all odds, Eivor must do what is necessary to keep Valhalla within reach.

The game’s collector’s edition was also revealed, giving us a glimpse of Eivor’s female counterpart in statue form: I'm really tempted to get that statue.