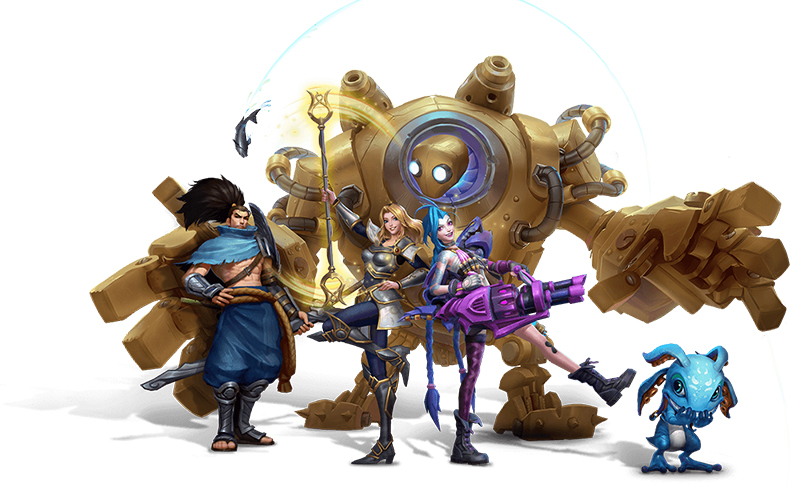 Riot Games has been very busy lately. From the upcoming launch of Valorant on 2 June to Legends of Runeterra, the developer and publisher has had its hands full. And now, it has unveiled the first official gameplay footage of League of Legends: Wild Rift, a simpler, faster version of the incredibly popular League of Legends for both mobile devices and consoles.

League of Legends: Wild Rift was first announced during Riot Games' 10th anniversary live stream last October, but details were sparse at the time. The new footage fills in many of the blanks, effectively serving as an extended gameplay preview with key details like the champion roster, cosmetic skins, and more.

With Wild Rift, the Riot team wanted to retain the feel of your favorite champions from League of Legends, so everything remains familiar to you. However, they also saw fit to make changes where it makes sense, in order to accommodate Wild Rift's faster game pacing, slightly smaller map, and dual-stick controls. In Wild Rift, you control your character using a virtual joystick for your left thumb, while abilities are controlled by your right. When it comes to skill shots that require you to aim, such as Ahri's Orb of Deception, the ability button will automatically turn into a second virtual joystick for aiming.

David Xu, Product Manager for Champions on Wild Rift, also revealed the champions that will be debuting at the start – League of Legends on PC currently has nearly 150 champions, so Riot won't be porting all of them over just yet – with the promise that many more will be added in the future.

At launch, Wild Rift will feature 40 champions, including Annie, Ashe, Malphite, and Nasus from League's debut in 2009, as well as later releases like Yasuo, Ahri, and Camille. However, some champions have had their abilities tweaked to accommodate the different nature of Wild Rift. For example, Miss Fortune's Double Up ability is now a skill shot to accommodate the dual-stick controls. The speed at which Nasus gains stacks of Siphoning Strike has also been adjusted, so he can still ascend in the late game.

As a game built for both mobile and console, Wild Rift also features less complex and shorter matches. For one, each team's Nexus – the structure you destroy to win the game – is no longer defended by turrets. There are also new mechanics involved, including four new types of drakes that teams can fight over for additional buffs and a few new minor runes, such as Sweet Tooth which grants you gold when you eat honeyfruit.

It'll be some time before we see a public release for Wild Rift though. The game is only now entering its first phase of alpha testing in Brazil and the Philippines, where Riot will gather feedback on things like performance and other in-game systems.

Join HWZ's Telegram channel here and catch all the latest tech news!
Our articles may contain affiliate links. If you buy through these links, we may earn a small commission.
Previous Story
A key feature of Pixel 4 may not return on the Pixel 5
Next Story
SpaceX's Starship rocket prototype blows up during engine fire test