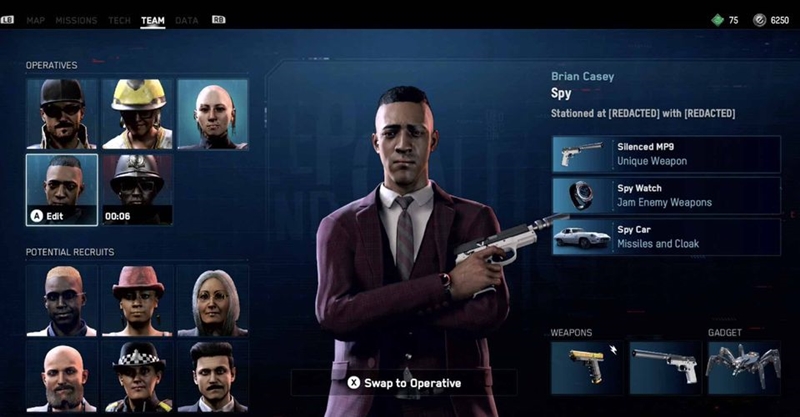 If you'd like to be a cop, a gun-toting spy or just your everyday football hooligan all at once, then Ubisoft's upcoming hacker dystopia title Watch Dogs Legion is the game you want to be looking out for. After all, one of the game's main draws is allowing you to recruit your own private army of people from various walks of life, then stepping into their shoes to directly further your anti-government agenda. You can even become a kindly old grandma, mercilessly delivering taser shots to unsuspecting victims.

That's not the only cool (and absurdly unorthodox) operatives you can play as, of course. Based on a series of leaked images on Imgur that have (unfortunately) since been removed, we've been shown a few others ahead of the upcoming Ubisoft Forward event on 12 July, such as a policeman, football hooligan and a James Bond-style spy. The latter is extremely exciting - he comes with an assortment of spy gear as well as a fully decked-out spy car, complete with hidden weaponry and cloaking abilities. 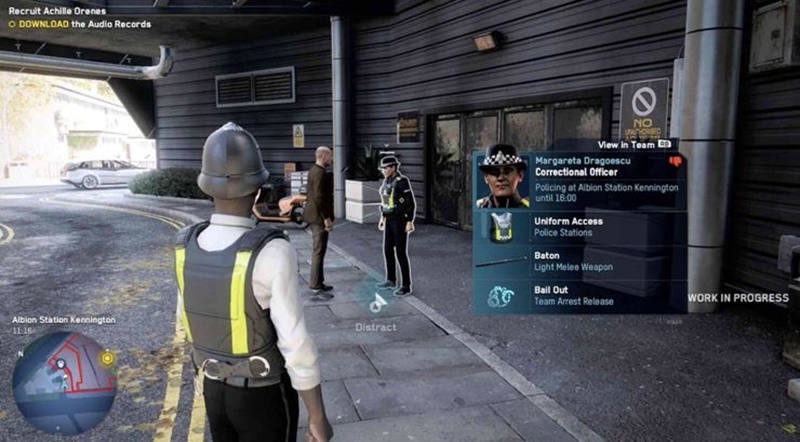 This is a really big increase in diversity from last year when Ubisoft first revealed Legion at E3. Back then, we were only told that each character would fall into either the Infiltrator, Enforcer, or Hacker classes, but based on the leaks, they might have decided to go with a wider set of classifications instead. Speaking of which, the leaks also detailed a poster tagged with a date: September 16. For all we know, that might be Legion's actual release date...or it could just be a reference to an important plot point - we don't know. Either way, our best bet is to sit tight and wait for more information at the Ubisoft Forward event, which isn't actually that far away.

Speaking of which, there's actually a really good incentive to attend - players who log in to Uplay during the event will be gifted a free copy of Watch Dogs 2, and who says no to free games?

Previous Story
Blizzard details gameplay and a release date for World of Warcraft: Shadowlands expansion
Next Story
Samsung rumoured to remove chargers for some phones in 2021