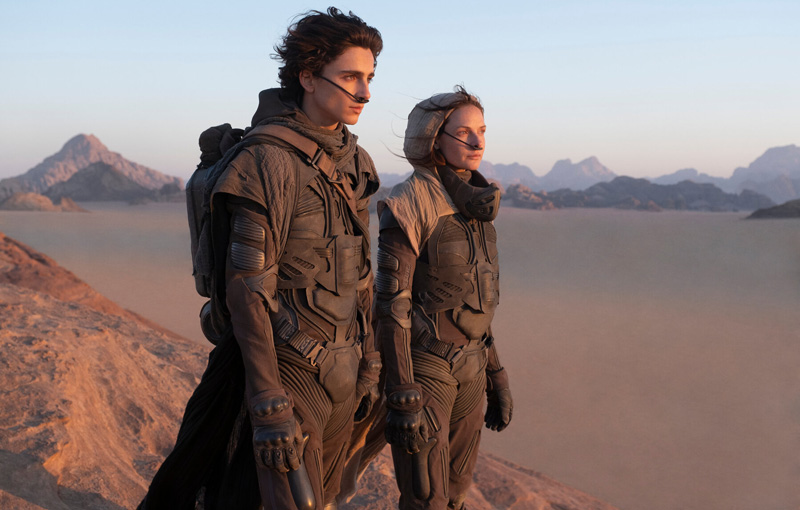 Well, this was unexpected.

Warner Bros. Pictures have announced huge changes to the release model of their upcoming slate of movies in 2021. All of the distributor's 2021 movie releases will be available in theaters and on HBO Max on the very same day!

Warner Bros. Pictures also released a teaser, showing off all the movies coming to both theaters and HBO Max next year:

All of these movies will be available to stream for just one month on HBO Max, after which they leave the platform and continue playing in theaters. This hybrid release model is very similar to the one Warner Bros. announced for Wonder Woman 1984, which debuts on Christmas Day in theaters and on HBO Max.

What’s shocking is just how many blockbusters the distributor plans to dump on HBO Max next year. Their 2021 lineup includes highly anticipated films like Godzilla Vs. Kong, Mortal Kombat, Conjuring: The Devil Made Me Do It, In the Heights, Tom & Jerry, Space Jam: A New Legacy, The Suicide Squad, Malignant, Dune, The Many Saints of Newark and of course, The Matrix 4.

In a blog post, WarnerMedia CEO Jason Kilar stated that these plans were necessary, considering how the ongoing pandemic has affected film distribution:

After considering all available options and the projected state of moviegoing throughout 2021, we came to the conclusion that this was the best way for WarnerMedia’s motion picture business to navigate the next 12 months. More importantly, we are planning to bring consumers 17 remarkable movies throughout the year, giving them the choice and the power to decide how they want to enjoy these films. Our content is extremely valuable, unless it’s sitting on a shelf not being seen by anyone.

All of Warner Bros. Pictures’ 2021 movies will be available to stream on HBO Max in 4K and HDR. The distributor recently delayed many of their upcoming movies, including The Batman and Dune.

Join HWZ's Telegram channel here and catch all the latest tech news!
Our articles may contain affiliate links. If you buy through these links, we may earn a small commission.
Previous Story
Marvel Studios are set for a comeback with six Disney+ TV shows in 2021
Next Story
Acronis says that 2021 is looking to be another bumper year for cyberattacks