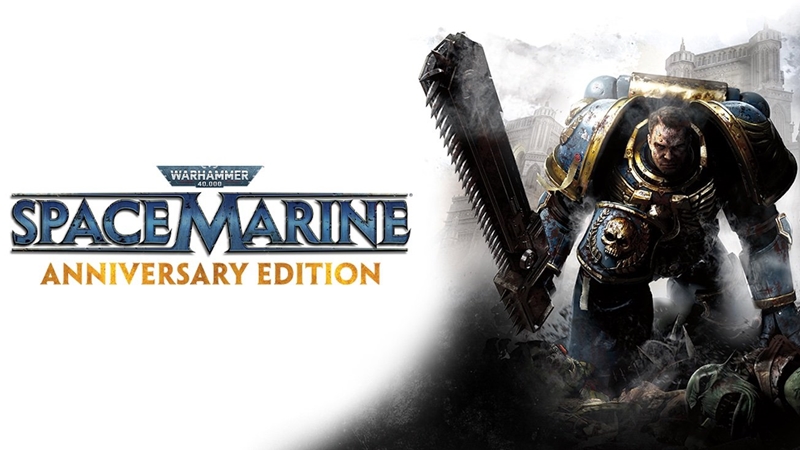 As a general rule, most people don't expect a decade-old standalone game to receive much attention from its developer, if at all. Even if it is based on one of the best RTS franchises in gaming history.

Well, then "most people" would be wrong here because Warhammer 40,000: Space Marine has just gotten a seriously unexpected boost a full ten years after release, and much like its heavily armoured namesake, the "update" is a big boy.

When Relic Entertainment first launched the spin-off shooter back in September of 2011, the game quickly gained popularity as one of, if not the best game for fans to play out their fantasies of being a powerful Space Marine. In the context of W40k, they're basically bio-engineered super soldiers who serve the God-Emperor, and the only time fans get to see them in action, at least conventionally are in the Dawn of War RTS titles. As such, it's no surprise that Space Marine quickly gained as much traction as it did, and it's still an immensely entertaining shooter today despite its age. Accordingly, Relic (and by extension, SEGA) has done everyone the solid that W40k fans never knew they wanted, and it includes rolling out a well-deserved Anniversary Edition of the game on Steam as an update. This is functionally a free add-on for all existing owners of Space Marine, though you can also pick it up for a discounted price.

Cost-wise, the "bundle" is currently going for about S$24, and since we're on the topic, here's a run-down of what the Anniversary Edition brings to the table (on top of the base game, of course!).

Join HWZ's Telegram channel here and catch all the latest tech news!
Our articles may contain affiliate links. If you buy through these links, we may earn a small commission.
Previous Story
Bayonetta 3 finally gets a flashy gameplay reveal and 2022 release window
Next Story
Upcoming Super Mario movie bafflingly casts Chris Pratt as Mario, coming in 2022