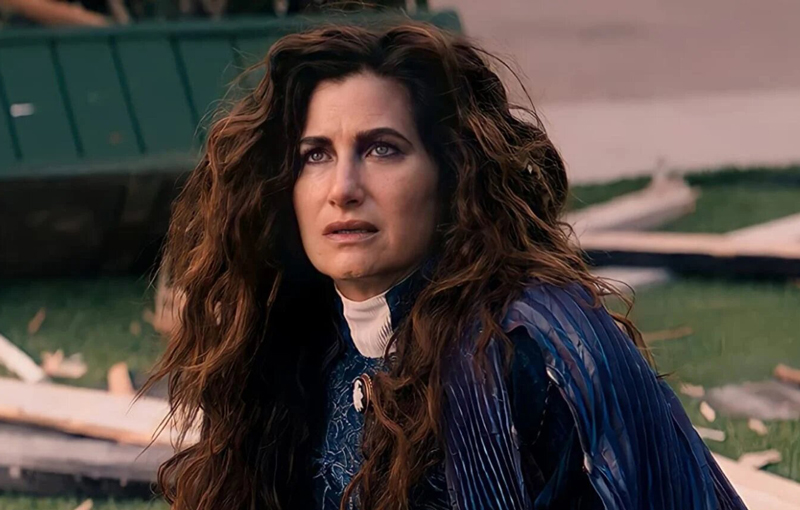 It was Agatha all along!

According to Variety, Disney+ is currently working on a WandaVision spin-off starring the show’s big bad: Agatha Harkness. Kathryn Hahn would presumably reprise the scenery-chewing role for this series.

Hahn played the witch Agatha Harkness, who found Wanda Maximoff in a magical bubble of false reality in Westview, and decided to feed off her magic. At the end of the series, Wanda permanently trapped Agatha in her fake sitcom persona, Agnes, and presumably left her to stay in Westview without knowledge of her magical abilities.

Variety describes Agatha Harkness’ spin-off series as a ‘dark comedy’, written and executive produced by WandaVision’s creator Jac Schaeffer. Agatha is canonically a centuries-old witch with powerful magical abilities, so there are many ways this series could go. It could either explore Agatha’s adventures post-WandaVision, or her surely complex past.

WandaVision was the first Marvel Studios series to hit Disney+ back in January, and we’ve since gotten The Falcon and the Winter Soldier, Loki and What If…? Hawkeye is the next one up, premiering on the streaming service on 24 November, 2021. Disney+ is reportedly working on a Hawkeye spin-off already, centered on an upcoming character named Echo.

Join HWZ's Telegram channel here and catch all the latest tech news!
Our articles may contain affiliate links. If you buy through these links, we may earn a small commission.
Previous Story
The Resident Evil movie reboot gets a spooky trailer filled with fanservice
Next Story
Sony Bravia XR TVs officially become ‘Perfect for PlayStation 5’ with new exclusive PS5 features