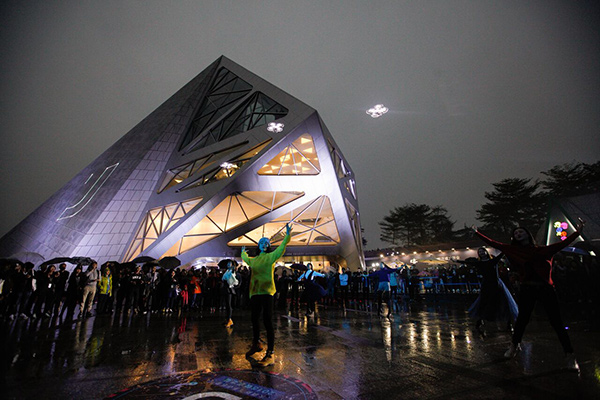 If you step into this particular store at Shenzhen’s OCT Harbour, you might notice a towering cylindrical tube that looks like it could beam you up to a waiting spaceship. As it turns out, that’s the Flight Area at the new DJI flagship store, which DJI pilots use to show off their latest drones in the hope that it’ll convince you to pony up for one.

The 800m2 store opened on Sunday in Shenzhen, the first from the company who made it possible for the layperson to capture sweeping panoramic videos like this one here. It features a full range of DJI’s consumer products and aims to allow customers to see, touch, and learn first-hand about the company’s various platforms. 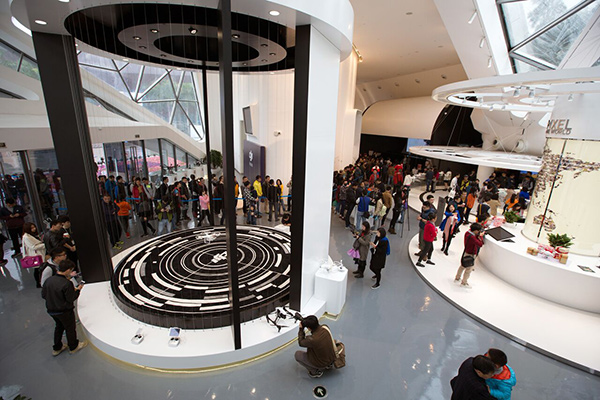 Products on display and for sale include DJI’s iconic Phantom 3 series of drones, the Inspire 1, the Spreading Wings series for professionals, and the developer-oriented Matrice 100 quadcopter. Customers will also get to take a closer look at the Ronin handheld three-axis camera gimbal line and the new Osmo, a 4K handheld camera with an integrated stabilizer. 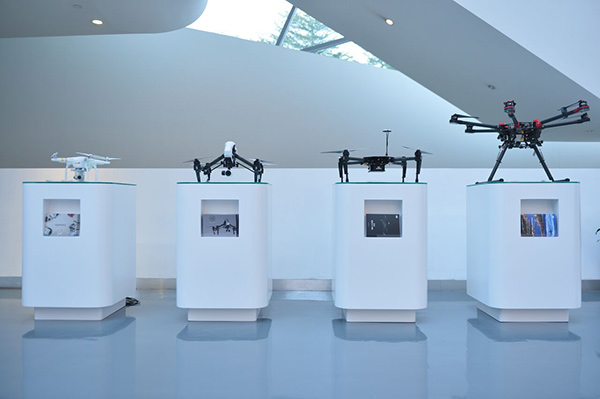 The store’s interior architecture is based on the concept of yuan, the Chinese word for “circular”. While supposedly based on the circular shape of DJI’s drone propellers while in motion (do propellers even rotate in any other way?), the overarching design philosophy is clearly evident in many aspects of the store. 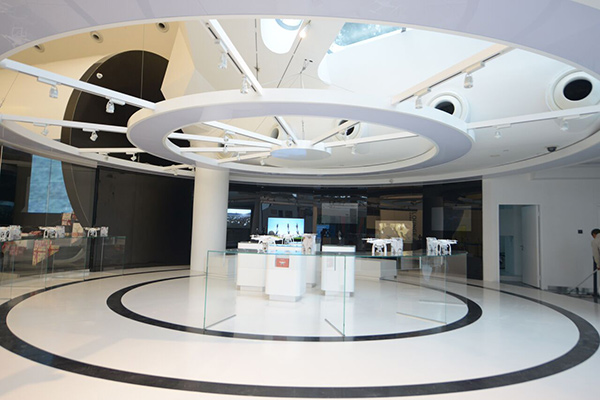 For instance, the “SkyPixel Around the World” installation features an interactive world map in a cylindrical enclosure, where visitors can explore photo and video stories captured by aerial enthusiasts from SkyPixel’s community. 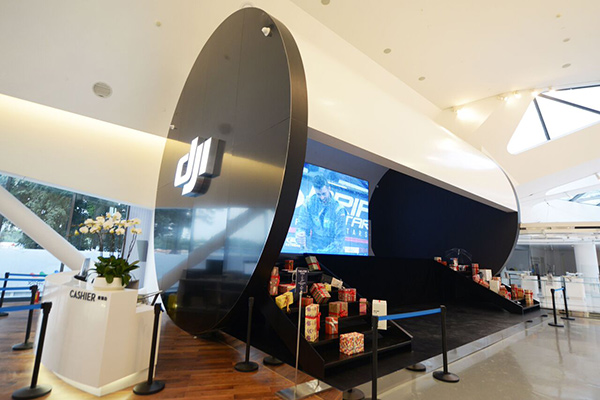 Then there’s the theater, which allows visitors to immerse themselves in aerial stories and content from around the world. There’s also no standing around while you chat with DJI staff either, and the store has a dedicated lounge area where customers can relax and find out more from employees.

Finally, there’s a repair counter manned by a dedicated team of customer support staff. They’ll be on hand to provide technical assistance, help with firmware updates, and even make reservations for drop-off repairs.

Clearly, DJI wants this flagship store to be your one-stop destination for all things DJI. And even if you don’t count yourself among DJI’s customers, the store is still quite something to marvel at. The building itself looks like something straight out of the future – if that isn’t built to draw your gaze, we don’t know what is.