The Vivo V17 Pro has a total of six cameras, including two just for selfies

The Vivo V17 Pro has a total of six cameras, including two just for selfies 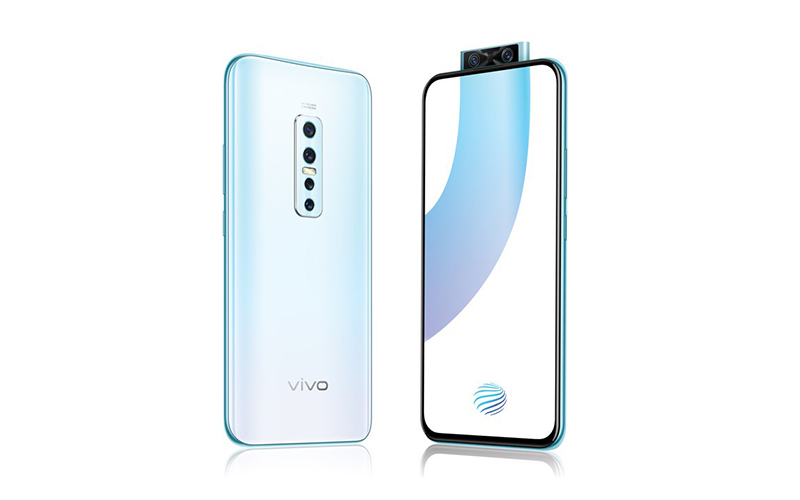 Vivo has unveiled its V17 Pro smartphone, a mid- to high-end device that builds on the V15 Pro and crams in a bunch of new upgrades. This may not be its Nex 3 flagship, but it still comes with a whopping six cameras, two of which are for selfies.

The selfie cameras sit on a rectangular pop-up module at the top of the phone, so Vivo has still been able to go with a display that is unimpeded by thick bezels or notches. They comprise one 32-megapixel main sensor and an 8-megapixel ultrawide camera, and the pop-up module also houses an earpiece and an LED for better lighting. Vivo says the module now uses a unibody alloy design, which is supposed to be more durable.

Separately, the four rear cameras include a 48-megapixel main camera, a 13-megapixel telephoto camera with 2x optical zoom (or 10x digital), an 8-megapixel ultrawide with macro capabilities, and a 2-megapixel depth sensor. Vivo hasn't gone for the square camera array that we've been seeing so much of lately though, instead opting for a vertical arrangement right in the middle of the phone.

The display is a 6.44-inch 1080p OLED panel with 100 per cent coverage of the DCI-P3 colour space and a tall 20:9 aspect ratio. Predictably, there's also an in-display fingerprint sensor here.

The phone itself is powered by a Snapdragon 675 processor, the same as the V15 Pro. It also features 8GB of RAM and a larger 4,100mAH battery that supports fast charging.

In addition, this is the first V-series phone to feature a USB-C port, but the good news is that Vivo has still chosen to retain the headphone jack.

The phone will be available soon, starting in India. It runs Vivo's Funtouch OS 9.1, which is based on Android 9.

Join HWZ's Telegram channel here and catch all the latest tech news!
Our articles may contain affiliate links. If you buy through these links, we may earn a small commission.
Previous Story
AMD has announced its new EPYC 7H12 CPU that’s intended for liquid-cooled HPC systems
Next Story
The Batman Arkham and Lego Batman games are free on the Epic Store!