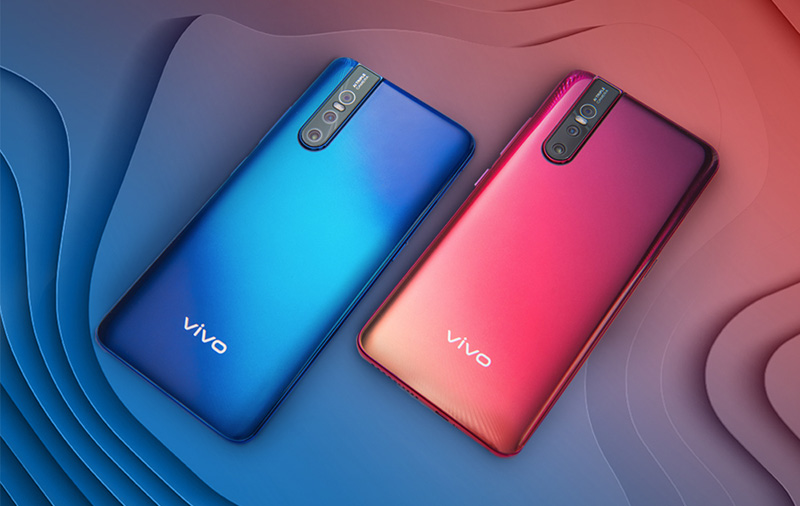 Vivo has announced that its new V15Pro smartphone will be available in Singapore starting this Saturday, April 27.

Powered by the Qualcomm Snapdragon 675AIE octa-core processor with 8GB RAM and 128GB storage (expandable via microSD), the V15Pro features a notch-less 6.39-inch, 2,340 x 1,080-pixel Super AMOLED display. The earpiece, light, and proximity sensors are all cleverly hidden, which means Vivo is able to reduce the phone's side and top bezels to just 1.75mm and 2.22mm thin respectively. The fingerprint sensor is also hidden under the display.

To achieve this “Full View” experience, Vivo has also moved the V15Pro’s front-facing camera into a housing at the top right of the phone. When you’re taking selfies, the 32-megapixel camera will pop up smoothly in just 0.46 seconds. Vivo says this mechanism is tested to work over 300,000 times without any glitches.

On the back of the V15Pro you’ll find a triple-lens camera setup. The main shooter uses a 48MP sensor with each pixel coming in at 0.8μm. To improve photosensitivity and picture quality, four adjacent pixels on this sensor are merged to form a single 1.6μm large pixel to produce 12MP photos. The other two supporting cameras are an 8MP module equipped with a wide-angle lens (up to 120 degrees) and a 5MP depth-sensing module.

Expectedly, the V15Pro’s camera uses AI to create better photos, so you’ve modes such as AI Face Beauty, AI Portrait Framing, and the all-new AI Super Night Mode. Another interesting one is AI Body Shaping, which promises to adjust every aspect of the body such as the waist and legs.

The V15Pro comes with Vivo’s Jovi personal assistant. According to the company, the Jovi Image Recognizer currently has access to almost 100 mainstream e-commerce platforms (e.g. Shopee, Zalora), which means it can now easily search through databases of over half a billion products for you. To activate this feature, just press the Smart Button on the side two times. If you want, you can also call up Google Assistant with a single press of this side button.

In the gaming department, the V15Pro has something called Game Mode 5.0, which includes a new Competition Mode that allocates system resources to prioritize game performance. There’s also a Dual-Turbo mode that Vivo says will reduce frame-drop by as much as 300%.

The V15Pro will be available at S$699 (without contract) in Coral Red and Topaz Blue from April 27 through telcos (M1, Singtel, and StarHub) and authorized dealers.

There’s also a V15 going for S$499 (without contract) in Glamour Red and Topaz Blue through telcos (M1 and StarHub only) and authorized dealers. This lower-specced model comes with a 6.53-inch LCD display (2,340 x 1,080 pixels), and is powered by an MTK P70 octa-core processor, with 6GB RAM and 128GB ROM. It also has a 32MP front camera and a triple-lens rear camera (12MP + 8MP + 5MP). Like the V15Pro, Vivo is offering a two-year warranty that covers screen insurance for the first three months of purchase.