Vivaldi will now let you selectively block the most annoying ads

Vivaldi will now let you selectively block the most annoying ads 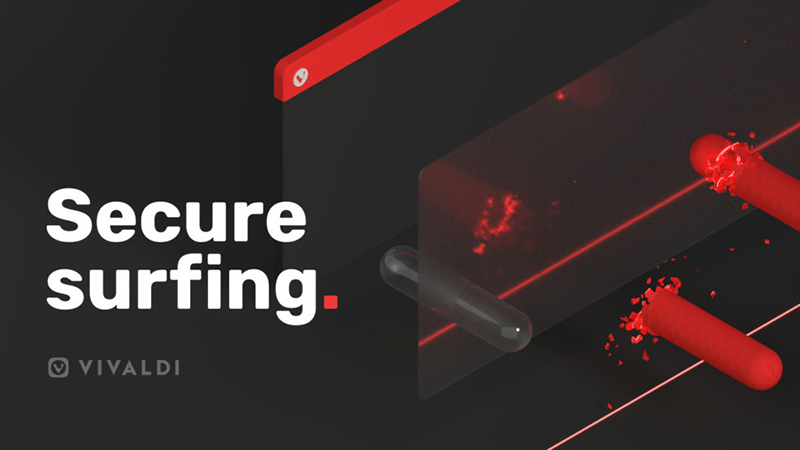 Vivaldi has updated its browser with a bunch of new features that focus on privacy and customization. Vivaldi 2.6 can now block advertisements on sites with abusive ad practices, in addition to offering greater customization of user profiles and other UI improvements.

First launched in 2016, Vivaldi is a Chromium-based browser designed for power users. Early on, it already offered a bunch of useful features, such as support for mouse gestures, tab stacking and tiling, and a Quick Commands menu that let you quickly access just about everything in the browser. Just last April, it also became the first web browser to support Razer Chroma integration, where your mouse and keyboard could automatically reflect the colors from the website you're on.

Version 2.6 adds protections against ads that use abusive technologies or are designed to be misleading, such as pop-ups that prevent you from leaving a site. This more selective approach toward ad-blocking may come in handy, especially since many legitimate sites have implemented measures that require you to whitelist them on your ad-blocker before you can access them. By just blocking the most problematic ads, you might just save yourself the hassle of having to disable your ad blocker manually for select sites. 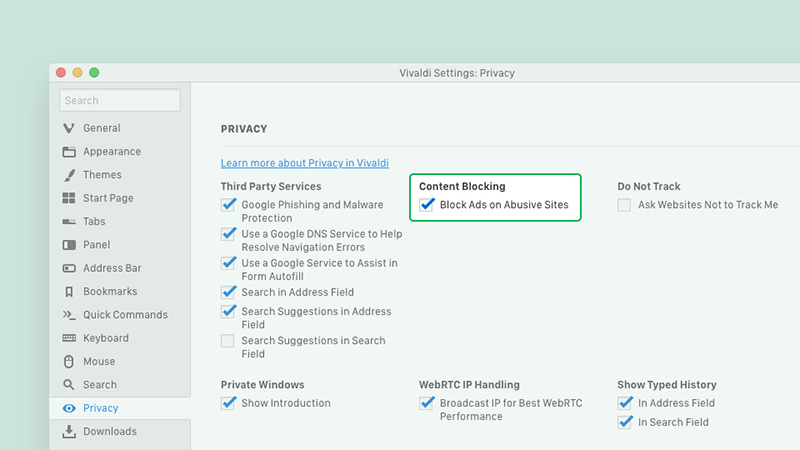 Vivaldi's Abusive ad-blocker is turned on by default, but you can disable it in the Privacy section of the Settings menu. The ad-blocker is implemented via a blocklist that is hosted on Vivaldi's end-to-end encrypted servers and is then updated from the server automatically by the browser.

The other highlight of the latest update takes the form of more customization options for user profiles. Users can create multiple profiles to suit their various needs or accommodate different members of the family, and you'll now be able to update your avatars, add and delete profiles in the pop-up window, and edit the avatar from within the pop-up. 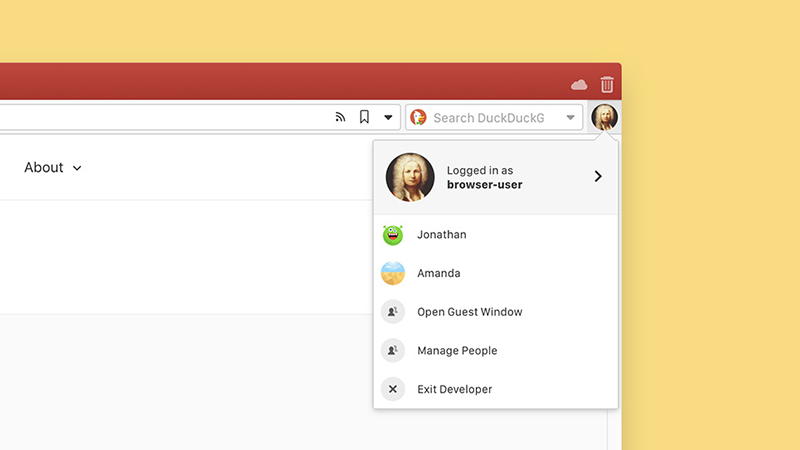 Each user profile also supports a different set of extensions, bookmarks, speed dials, cookies, and browsing history. Furthermore, each profile can also have its own unique look and configuration.

On top of that, Vivaldi 2.6 will now let you filter through your saved passwords to find them more easily. In addition, you can more easily keep track of unread tabs in the Windows Panel, where you'll be notified of how many unread tabs you have.

Vivaldi's Razer Chroma integration is also getting a small boost with support for headphones now.

Finally, the company says that version 2.6 should offer performance improvements for those of you who open a ton of tabs. In particular, tiling tabs into split screen views, moving tabs to new windows, and resizing panels in the sidebar should feel much snappier.

Join HWZ's Telegram channel here and catch all the latest tech news!
Our articles may contain affiliate links. If you buy through these links, we may earn a small commission.
Previous Story
Stormtrooper-inspired Razer peripherals will show you the power of the dark side (Updated!)
Next Story
Mystery Telco that pays you to live large-r is coming soon