Are you looking for an alternative web browser? Vivaldi today announced the relaunch of their desktop browser, alongside the official launch of their mobile version for Android OS devices. Both desktop and mobile versions come built-in with privacy tools, such as a Tracker blocker and an Adblocker. 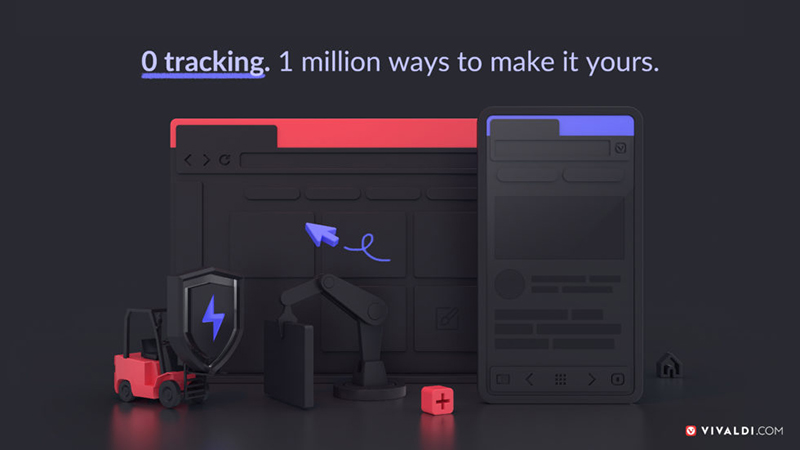 Vivaldi's desktop version was first launched in 2016, with the open beta build for mobile devices first surfacing in late 2019. Today, both the mobile and desktop versions of Vivaldi use DuckDuckGo's blocklist, an open-source data set of blocked trackers that are continuously maintained and updated over time. Both Tracker blocker and AD blocker are disabled by default, so users who pick up the Vivaldi browser for those reasons will need to enable them separately. 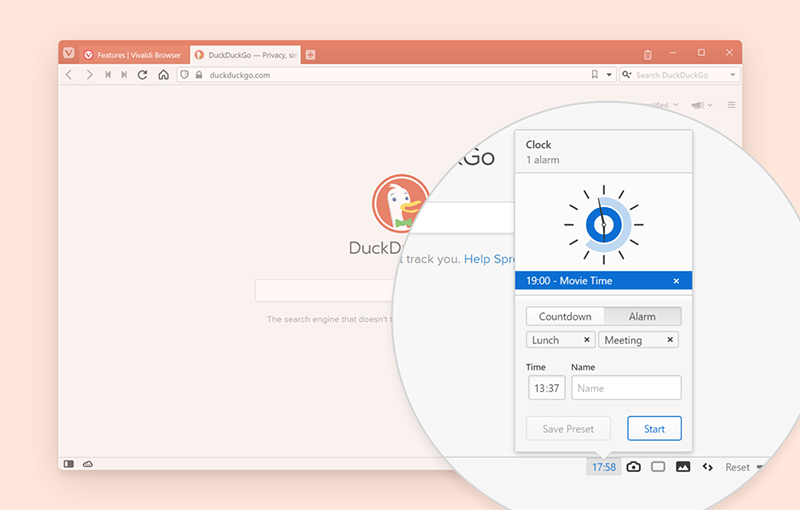 Both versions also received other upgrades. The current desktop version (Vivaldi 3.0) has improved Spatial Navigation by introducing shortcuts via the Shift and cursor keys. The development team also added a little clock to the browser (with the option of digital or analogue displays). For the mobile version, its launch iteration was based off on all the feedback collected throughout its beta period. One of the leading mobile features is the improved Landscape mode with "greater width" where Vivaldi insists it's not just a fuller 'portrait' view, as the controls would move to the top of the browser. 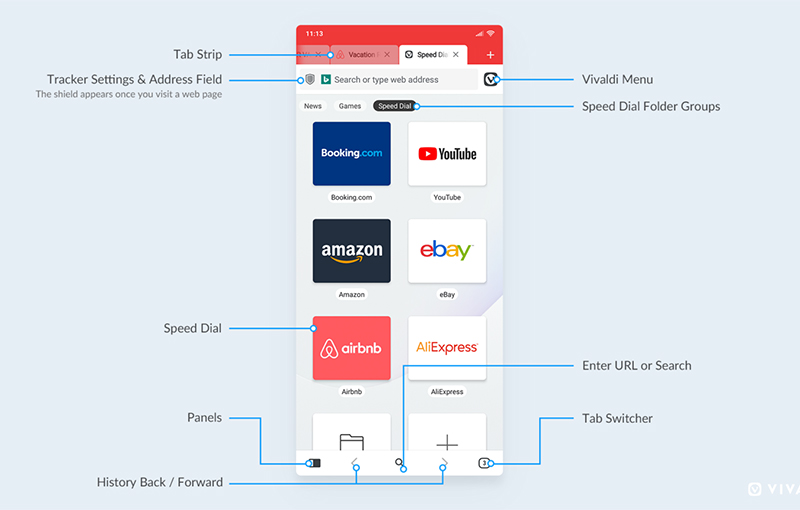 The browsers also come with other user-oriented features that are also present on rivalling web browsers, such as the ability to sync preferences and browsing data across different devices, an option for private browsing, tabs management, and many more. 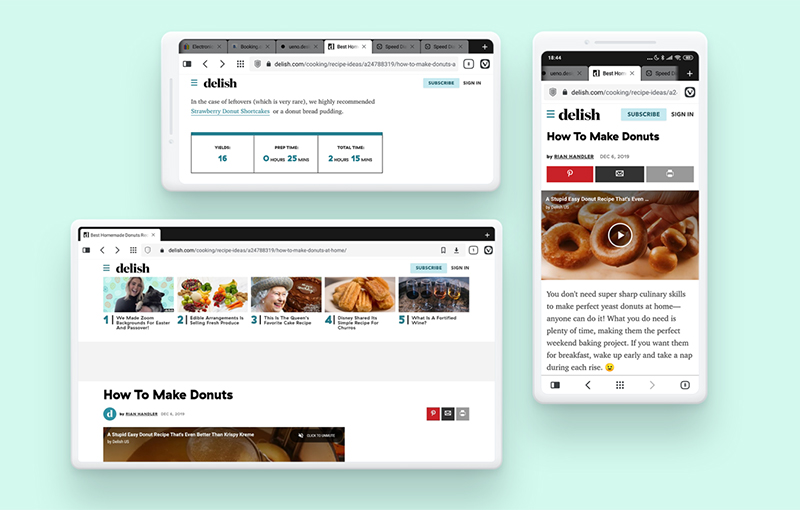