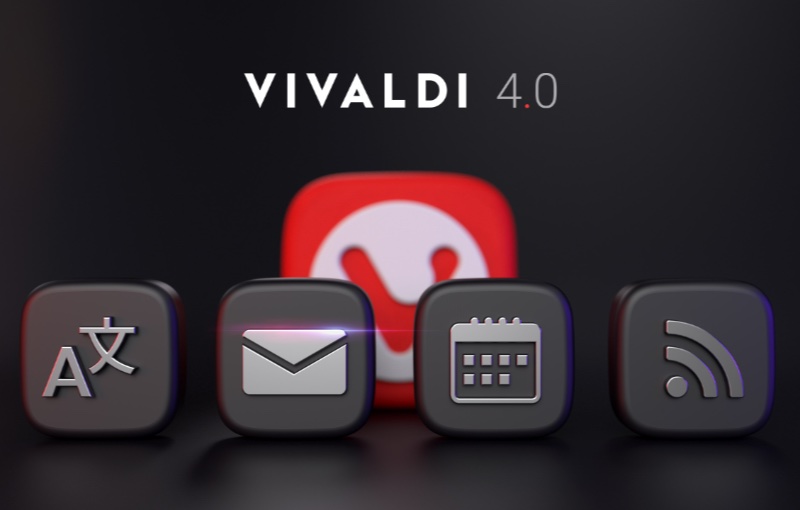 Vivaldi’s fourth version of its desktop browser is now available with some features and betas of new apps, that Vivaldi says is to help users ”break free of the ecosystem of Big Tech”.

First launching in 2016, Vivaldi was started in response to Opera launching a Chromium based browser, even though Vivaldi’s browser is also based on it.

Vivaldi has announced the fourth version of its desktop browser with new features like betas of their Mail, Calendar, and Feed Reader alternatives to Google and Microsoft. 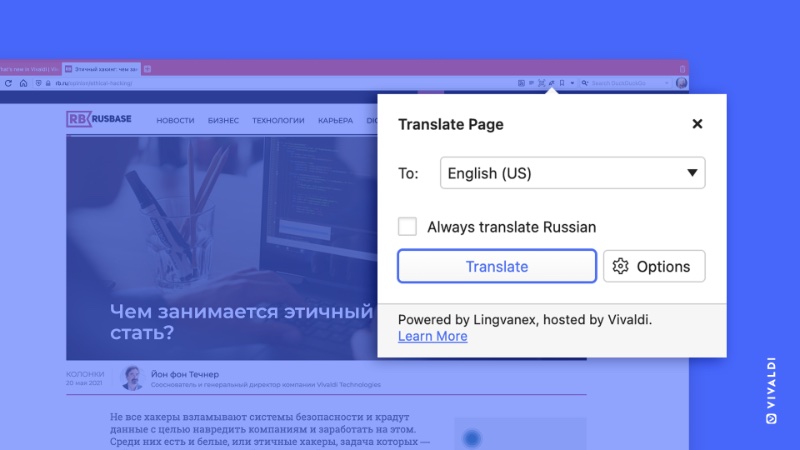 Vivaldi Translate, a built-in translation service, powered by Lingvanex and hosted by Vivaldi, helps users read translated pages in their preferred languages. Vivaldi ensures search privacy by never tracking anything and hosting everything on their own servers in Iceland.

The Translate icon appears in the right corner of the desktop browser’s Address Field by default, almost immediately when the web page loads, signifying that translation can be activated on the page.

A full web page can be translated with a single click to either your OS language (by default) or choose from the languages in the drop-down. Translation can also be customised with these options:

Vivaldi Translate will also work on Android and Chromebooks with the same functionality as on the desktop.

A look at the betas 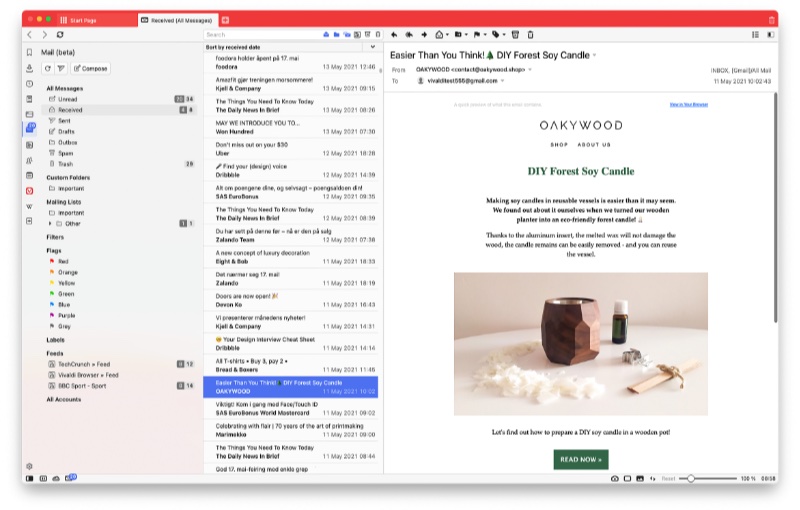 Vivaldi Mail can combine all of a user’s email accounts into a single mailbox without having to log into each individually and supports both IMAP and POP3 accounts. It is all done on the user’s computer and not an email web server for the user’s privacy.  Each email account has an "Outgoing Server" (SMTP server) associated with it so when a user composes an email, they select which account to send the email from and it will use the Outgoing Server associated with that account. 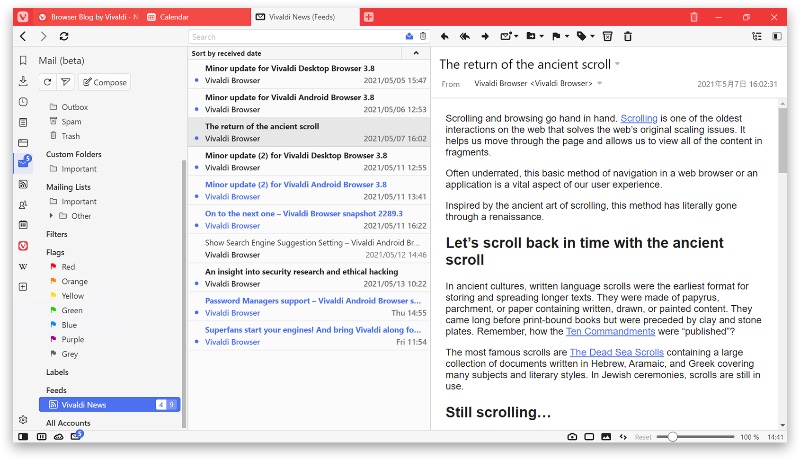 Vivaldi Feed Reader Beta uses Vivaldi Mail to display feed items. Users can choose to view and rename the feed items within the Mail Panel, or alternatively view from the dedicated Feeds Panel. Integration with Vivaldi Mail allows sorting, indexing, and searching of feed items, and even marks them as read without deleting them. Vivaldi’s Feed Reader Beta allows users to follow almost any modern newspapers, blogs, galleries, podcast, and YouTube channel. Vivaldi says that for user privacy, Vivaldi extracts the video content (using a no cookie URL) from the feed and displays the video inline, rather than linking to the video. 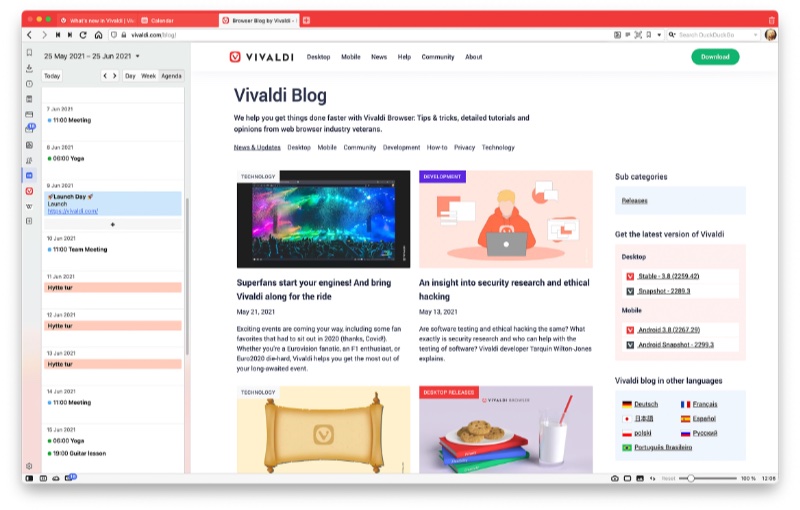 Vivaldi Calendar Beta again can store data locally so it doesn’t need to store any data on third-party servers. Users still have the ability to integrate with various calendar services or use Vivaldi Calendar as a standalone ‘offline’ calendar. 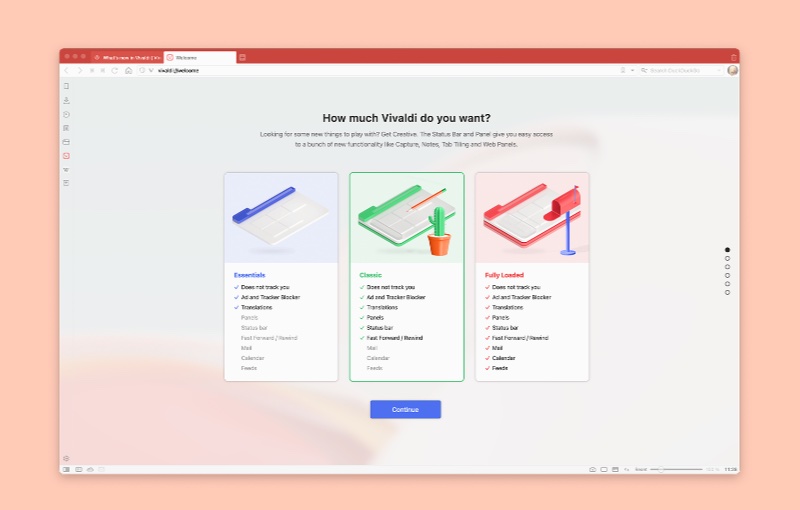 Users who don’t want these features taking up room in their browser can choose between three layouts (a basic web browser, one with a few power-user features, or the all-in-one experience with email, calendars, and RSS). All the features will still be available, even in the “Essentials” layout, but they won’t be taking up space in the interface.