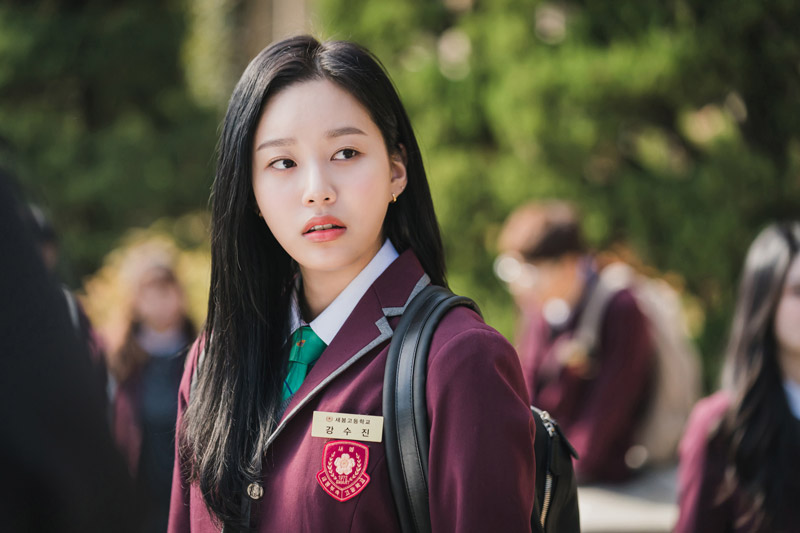 As if you didn’t have enough to watch in January already.

Viu is breaking in 2021 with a slate of new content for you to watch, which sounds a whole lot less stressful than coming up with New Year resolutions to me. There’s plenty of variety for the more discerning viewers out there, too.

Two K-dramas are coming to Viu for anyone who’s interested in catching up: True Beauty and Mr. Queen. Color Rush and To My Star (January 22) will also satiate fans of romance, if that’s your kind of thing. Action fans might be more into The Legend of Fei, starring Zhao Li Ying and Wang Yi Bo.

The Legend of Fei portrays an unlikely friendship between a heroine and a free-spirited young martial arts expert, both of whom embark on a wildly adventurous journey together. There’s also the K-movie The Swordsman, set in the tumultuous transition of the Ming-Qing dynasty. The story follows warrior Tae Yul (Jang Hyuk), who’s forced to clash swords with Qing foes to reunite with his daughter.

Another K-movie titled Diva (January 23) dives into the world of diving, when a car accident leaves a competitive diver with total amnesia and the sudden disappearance of a best friend. Did you know competitive diving is a thing? I certainly didn’t. For reality show fans, you could also tune into I Can See Your Voice Season 8 (January 30), and sing your heart out alongside its new contestants.

The original cast of Youn’s Kitchen is also returning for a spin-off series: Youn’s Stay. This variety series has the cast welcome overseas guests and introduce them to Korea’s many charms. On the darker side, you could also check out the world of Ink at Tai Ping (January 18) in the all-new Hong Kong drama for a glimpse of the famous street - Taiping Street. Either that, or you could head on over to a Japanese police academy with Takuya Kimura as instructor in Kyojo 2.

Viu is rolling out a lot of content this month, and Viu Premium subscribers get unlimited downloads of this content on selected Smart TVs, Apple TV and casting. If you’re a first-timer, all you have to do is download the Viu app on your Smart TV to check out all these Asian dramas.

Join HWZ's Telegram channel here and catch all the latest tech news!
Our articles may contain affiliate links. If you buy through these links, we may earn a small commission.
Previous Story
Panasonic’s new hairdryer is designed for everyone, pets included
Next Story
Ubisoft is making a new open world Star Wars game