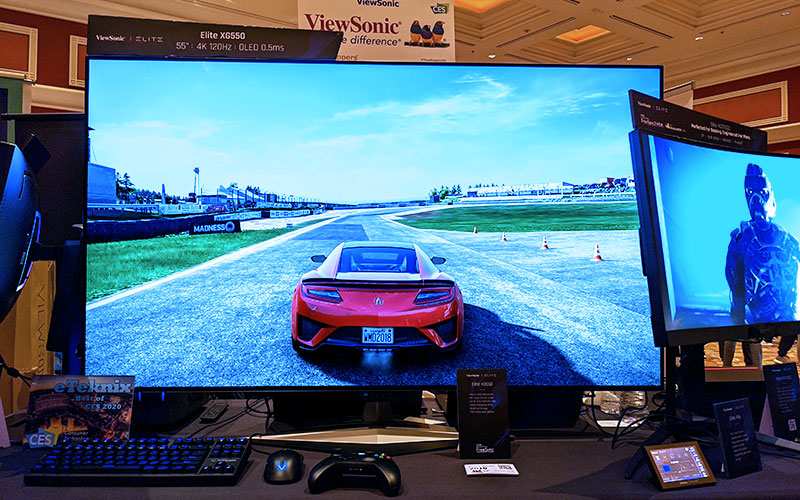 Viewsonic brought a bunch of gaming displays to CES this year, but chief among them has to be its foray into giant screens that blur the line between monitor and TV. The Elite XG550 is an expansive 55-inch OLED display that comes with many features prized by gamers, including a 120Hz refresh rate and 0.5ms grey-to-grey response time.

It's still ever so slightly smaller than NVIDIA's 65-inch Big Format Gaming Diplays (BFGD) like the HP Omen X Emperium 65 and ASUS ROG Swift PG65UQ, but it's still a very impressive sight to take in. For one, the bezels are super narrow, which helps create a more immersive experience.

The monitor also has a subtle RGB light bar on the back, and it overall looks really sleek and tasteful.

The screen has a 3,840 x 2,160-pixel resolution, and Viewsonic is also claiming 99 per cent coverage of the DCI-P3 colour space. This is in line with many professional monitors today, and the OLED panel should also produce great contrast ratios and deep blacks.

We're still missing a couple of important details however. There is no mention of any particular HDR standard, and we also don't know which variable refresh rate technology it supports.

That said, Viewsonic has some time to iron out the details as the Elite XG550 is only expected to ship in Q4 2020.

The company also showed off its other Elite monitors, such as the Elite XG270QC. This is a 27-inch display with a 2,560 x 1,440-pixel resolution and 1500R curvature. It's also got a really nice luminance rating of 550 nits and good colour reproduction with 90 per cent coverage of the DCI-P3 colour space. Gamers will also like the 165Hz refresh rate and 3ms grey-to-grey response time, in addition to support for AMD's new FreeSync Premium Pro standard. 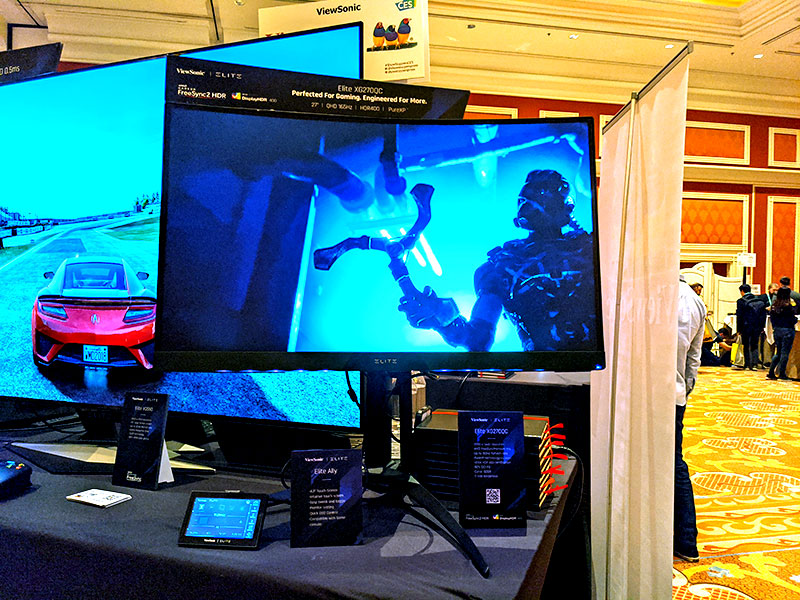 FreeSync Premium Pro replaces the old FreeSync 2 HDR tier, and any monitor that can output an HDR image while also maintaining a 120Hz refresh rate and FHD resolution is eligible for the certification.

In addition, Viewsonic teamed up with Blur Busters to tune the PureXP strobe backlight tech on the existing Elite XG270, bringing the moving picture response time (MPRT) down to a mere 0.6ms. This was done by getting rid of strobe crosstalk while preserving overall display colour accuracy, and the Elite XG270 is the first display to boast Blur Busters certification. 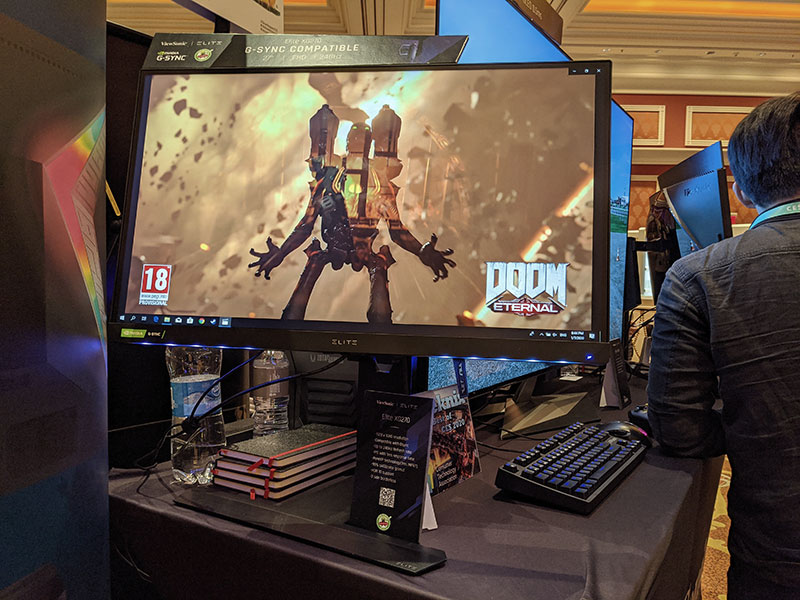 The Elite XG270 also has a speedy 240Hz refresh rate and support for NVIDIA G-Sync, making it an ideal esports monitor.

Finally, there's the Elite Ally, which is basically a small touchscreen device that connects to your PC via USB. It allows gamers to quickly access onscreen display settings, including things like game modes, adaptive sync, HDR, brightness, and contrast. This lets you tweak the monitor without having to fiddle with the physical controls or open the display controller software. 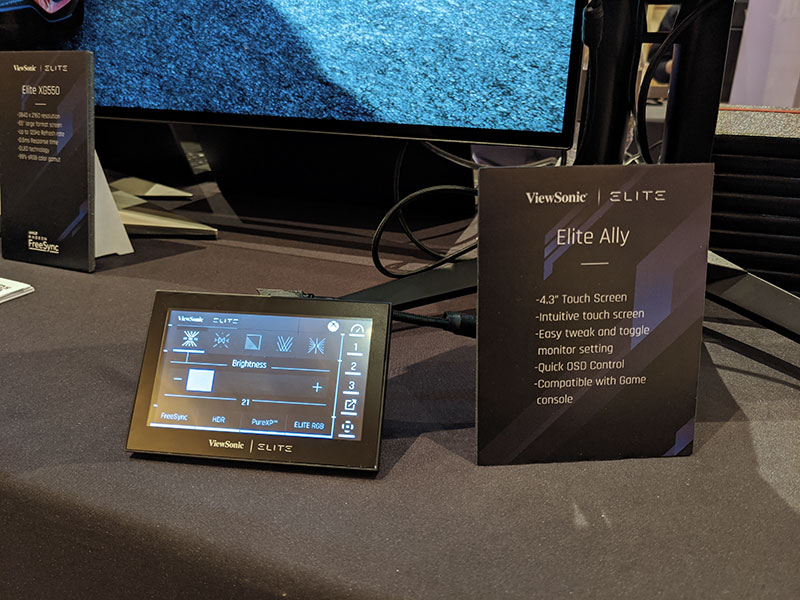 Viewsonic also made it easier to sync its Elite monitors with other RGB devices. Its Elite XG27 series of gaming screens will work with both Razer Chroma and Thermaltake TT RGB Plus, linking up with the monitors via their display controller software.

Join HWZ's Telegram channel here and catch all the latest tech news!
Our articles may contain affiliate links. If you buy through these links, we may earn a small commission.
Previous Story
Nikon's full-frame D780 is the long-awaited successor to the popular D750
Next Story
Watch the trailer for Netflix's new horror series Locke and Key