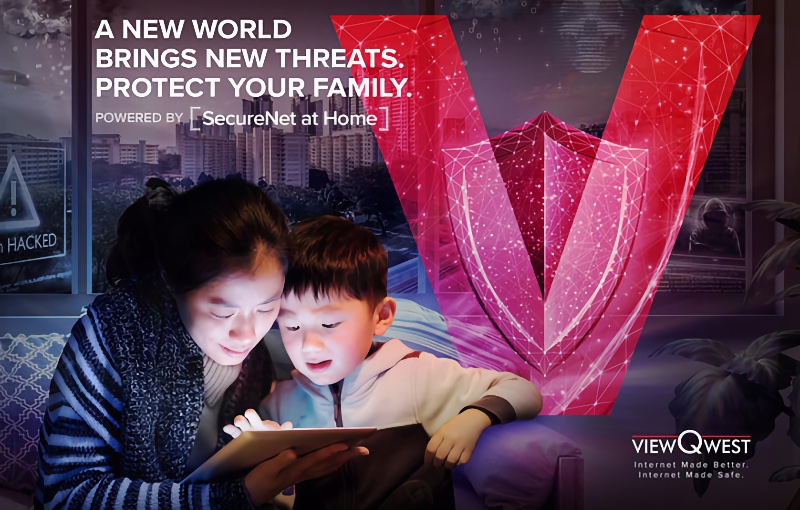 Home, SOHO, and SMB users of ViewQwest’s broadband services will be able to subscribe to built-in Internet security services launched together with cybersecurity firm Palo Alto Networks, which is said to be the first of its kind in the local market.

Called SecureNet, it is designed to act as the household’s first line of defence against cybersecurity threats like malware, adware, spyware, phishing, and system vulnerabilities (e.g. outdated operating system). 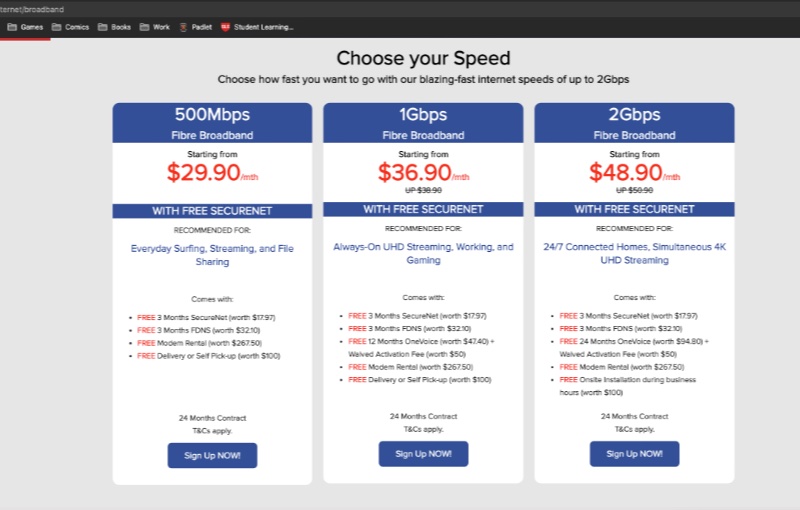 There have been a number of high-profile security leaks recently along with attacks using apps like WhatsApp and attacks on IoT devices. While some service providers offer a software-based security suite offering anti-virus, anti-spam, firewall, and privacy protection, among others, SecureNet will secure the network that every device within the home connects to as it is viewed as a single IP address. Plus, the threat detection from Palo Alto Networks scans the packets within for known and unknown file and web-based threats. Blacklists are also used to block access to malicious or suspicious sites.

If threats are detected, there are three measures used to deal with them:

Vignesa Moorthy, CEO of ViewQwest, said that the scanning, detecting, preventing, and protection measures all happen automatically and simultaneously throughout the entire network, without compromising on performance.

Families and SMBs who subscribe to SecureNet will receive two security reports weekly indicating all the threats that SecureNet has identified, and the preventive measures taken.

Moorthy added that the privacy of the user would be assured with neither ViewQwest nor Palo Alto Networks tracking the websites visited or activities of the subscriber but only analysing the packets within the traffic for threats.

Users can also choose from four different levels of protection. The first is to have it disabled. Second, the Essential level caters to users who are more tech-savvy and understand the risks of installing a variety of software on their devices. The third Enhanced level is ideal for users who want more security protection but still want the freedom to be able to install certain software and visit websites. The final Max level caters to families with children who want to enjoy the maximum level of cybersecurity protection.

Current ViewQwest customers can subscribe to SecureNet at an additional S$5.99 and S$16 per month for home and SMB customers respectively.

For new ViewQwest customers, broadband plans with SecureNet start from S$29.90 per month for home users and from S$96 per month for SOHO and SMB users.

There is currently a promotion for both new and current home and SMB subscribers. All four groups are eligible for three months of free protection, however, only new home signups will automatically have it included with the other groups needing to opt-in for the protection.

Join HWZ's Telegram channel here and catch all the latest tech news!
Our articles may contain affiliate links. If you buy through these links, we may earn a small commission.
Previous Story
Here's what to expect from Apple's Spring Loaded event early tomorrow morning
Next Story
New 12.9-inch iPad Pro will reportedly be 0.5mm thicker to accommodate mini-LED display