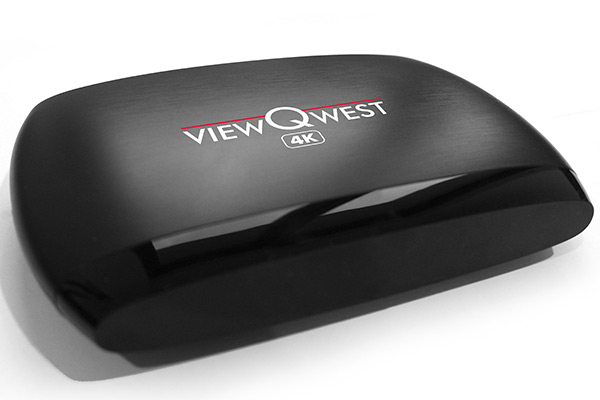 ViewQwest has today announced a new ViewQwest TV media player that not only sports improved hardware over its predecessor in order to better handle 4K streams, but also built-in support for the company’s Freedom VPN service. In short, this means through this box, you can now use ViewQwest’s Freedom VPN service even if you’re an M1, a Singtel, or a StarHub fiber broadband subscriber.

Preloaded with apps like Netflix, Hulu, HBO Go, PPTV, BBC iPlayer, Sling Television, LeTV, Youku, Kodi, and more, the new box runs Android 4.4.2, and is equipped with an Amlogic S812 SoC (quad-core ARM Cortex-A9 CPU at 2GHz, Mali–450 MP6 GPU at 600MHz), 2GB DDR3 RAM, and 8GB of internal storage. It also comes with a remote control that makes more sense than the mouse that the company has been giving out previously. Other amenities include support for dual-band Wi-Fi, Fast Ethernet, Bluetooth 4.0, USB 2.0 (three of them), and HDMI. For the latter, since we’re talking about HDMI 1.4b here, it will top out at 4K at 30Hz.

(For those interested in the nitty-gritty, know that since the box is running Android 4.4.2, the pre-loaded Netflix app won’t do 4K UHD streaming. A move to Android TV that’s based on Android 5.0 is required, and according to ViewQwest CEO Vignesa Moorthy, testing is already in the works, and a software update will be ready and pushed to the box automatically before the end of this year.)

Of course, the real headline feature of this new media player is its integration with ViewQwest’s Freedom VPN service. Setup is simple; all you need to do is to plug it into your TV, enter the login credentials that come with the box, and you’re good to go. ViewQwest’s backend will automatically detect your IP address and handle all the necessary DNS routing so that you can get to your content. Such convenience (including aftersales support for VPN matters) isn’t new to existing ViewQwest Fibernet and Freedom VPN subscribers, just that it can now be enjoyed by consumers on other ISPs.

The new ViewQwest TV 4K media player is priced at S$299 and comes with a 1-year subscription of Freedom VPN. After one year, you can still use the box, just that you need to subscribe to Freedom VPN if you want to continue using the VPN service. (At the moment, Freedom VPN costs S$10.70 a month, inclusive of GST).

During the Comex period, the media player will be sold at a discounted price of S$249 on ViewQwest’s online store.