Following developments to Fibernet earlier this month, Viewqwest has announced the launch of its Fibernet 2.0. 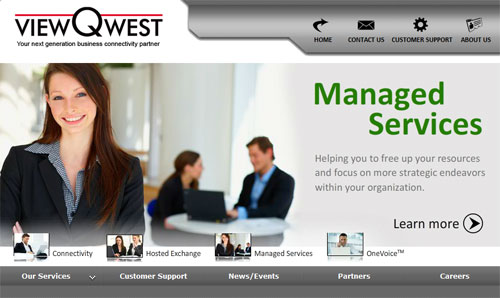 With supplementary features made available across all existing plans, Fibernet 2.0 aims to facilitate customers in using the Internet. One major feature is the implementation of Static IPV6 and IPV4 addresses, a fully qualified, exclusive domain name for every user and an private traffic portal where users will be able to track the amount of bandwidth they use by viewing graphics of their usage.

Singapore – Adding on to the enhancements Viewqwest made to Fibernet earlier this month, which include Internet Protocol Television (IPTV), unlimited outgoing and incoming local calls and Freedom VPN, their virtual private network service which enables users to watch geographically specific content from both the U.S. and the U.K; Viewqwest has announced today the launch of Fibernet 2.0.

Fibernet 2.0 includes additional features to all existing plans which would give Viewqwest customers added control and flexibility in the way they use the internet. These features include Static IPV6 and IPV4 addresses across all plans, a fully qualified domain name for every user and a personal traffic portal where users will be able to access to see how much bandwidth they are using.

With a static IP address, users can also access their computer no matter where they are in the world. Although users can set the connection up regardless of what type of IP address they have, they will need a static address to maintain it otherwise the program will no longer be able to find the computer when the computer refreshes its dynamic address. This is also extremely vital for people with remote home surveillance systems.

Apart from Static IP addresses, Fibernet 2.0 will also feature the personal traffic portal; a user-access portal where Viewqwest customers will be able see graphs of their own personal bandwidth usage. Viewqwest users will also receive a fully qualified domain name when they sign up.

Earlier this month, Viewqwest launched their Bundled service which includes IPTV and voice with their Fibernet broadband service. They also launched Freedom VPN which enables users to have access to the best High-Definition content such as blockbuster movies, television shows, Sports, their own music and photos and more on their television in the comfort of their sofa.

Users will be able to choose from thousands of current and classic movies and television shows available on the internet, and access content from Youtube, Vimeo, Spotify and more.