ViewQwest: Our Network Is Ready for 4K Streaming

ViewQwest: Our Network Is Ready for 4K Streaming 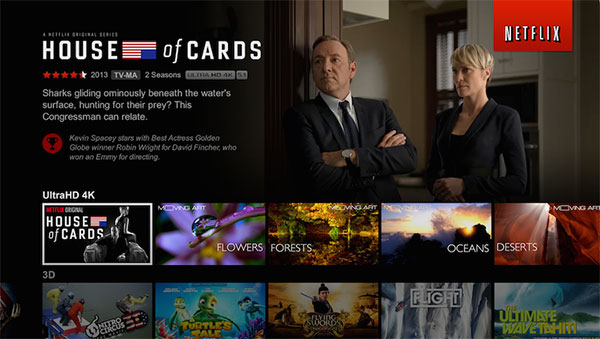 It’s no secret that Netflix is now streaming some of its content in 4K and BBC is going to stream the upcoming World Cup matches in 4K. Heck, there’s even a decent selection of 4K clips on YouTube. But the question is: How do you enjoy them, even if you manage to get the signals?

Well, for a start, you should also have a 4K display, like one of those 4K TVs from Samsung and LG that has a built-in H.265/HEVC decoder. But for a smooth viewing experience, you should have also enough Internet bandwidth. And here’s the shocker: While fiber broadband has brought multi-fold increase in download speeds (usually in the north of 100Mbps), many are still finding reliable 1080p streams a hit and miss affair, much less 4K streaming. (It typically requires 15-20Mbps per 4K stream, by the way.) And for the most part, it’s hard to pinpoint who’s at fault: it could be the content providers’ slow servers, or it could be your ISP’s traffic-shaping policies.

That said, if there’s a fiber broadband provider in Singapore that dares to claim that its network is capable of streaming 4K feeds reliably, it’s ViewQwest. Yes, the same one that sells its own little Android media player called ViewQwest TV that connects your TV to the Internet, and offers a Freedom VPN service that enables overseas services like Netflix and PPTV though smart DNS routing.

4K streaming doesn’t just require a considerable amount of bandwidth, but the network also needs to be able to provide stable and consistent throughput for extended periods of time.

For AV geeks, this is certainly great news. And we can’t wait to test it.

Join HWZ's Telegram channel here and catch all the latest tech news!
Our articles may contain affiliate links. If you buy through these links, we may earn a small commission.
Previous Story
D-Link Launches New Wi-Fi Audio Extender
Next Story
Dell Launches a Range of Systems for both Business and Consumers Locally