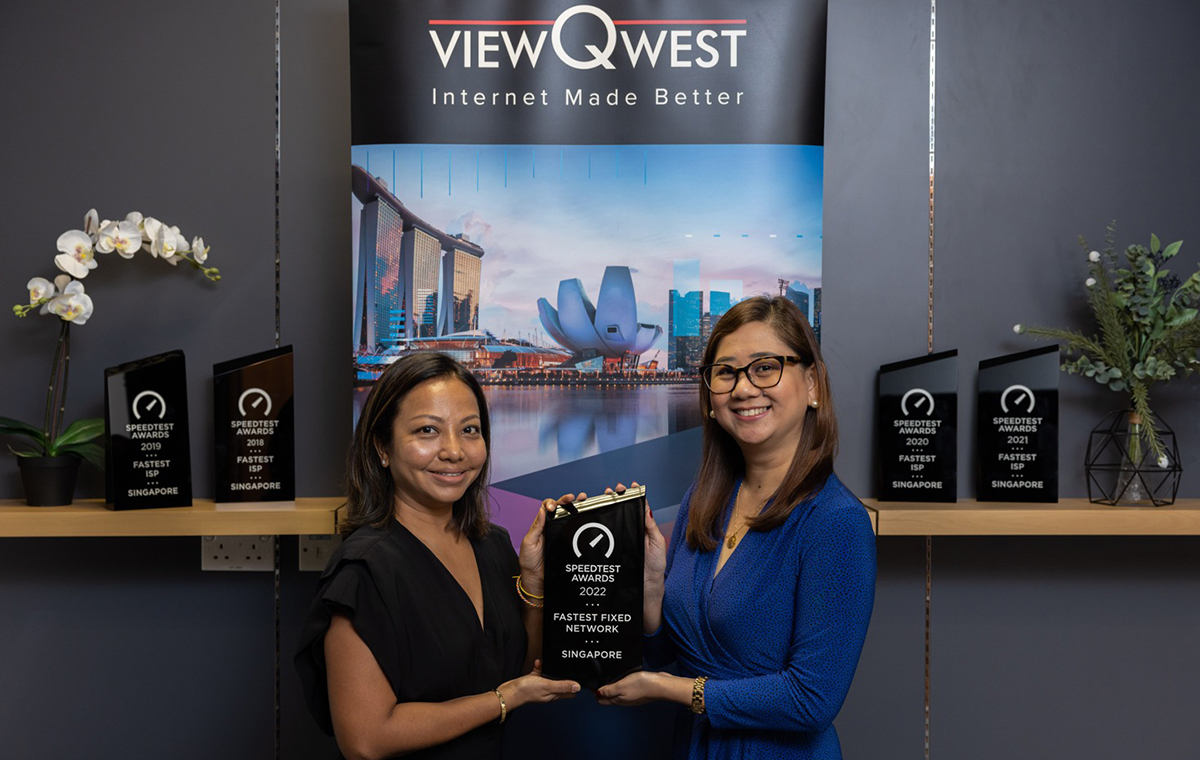 Speedtest by Ookla has compiled its H1 (Q1 to Q2) 2022 Speedtest Awards, with ViewQwest beating out our other Singapore ISPs (internet service providers) for having the fastest fixed network here. 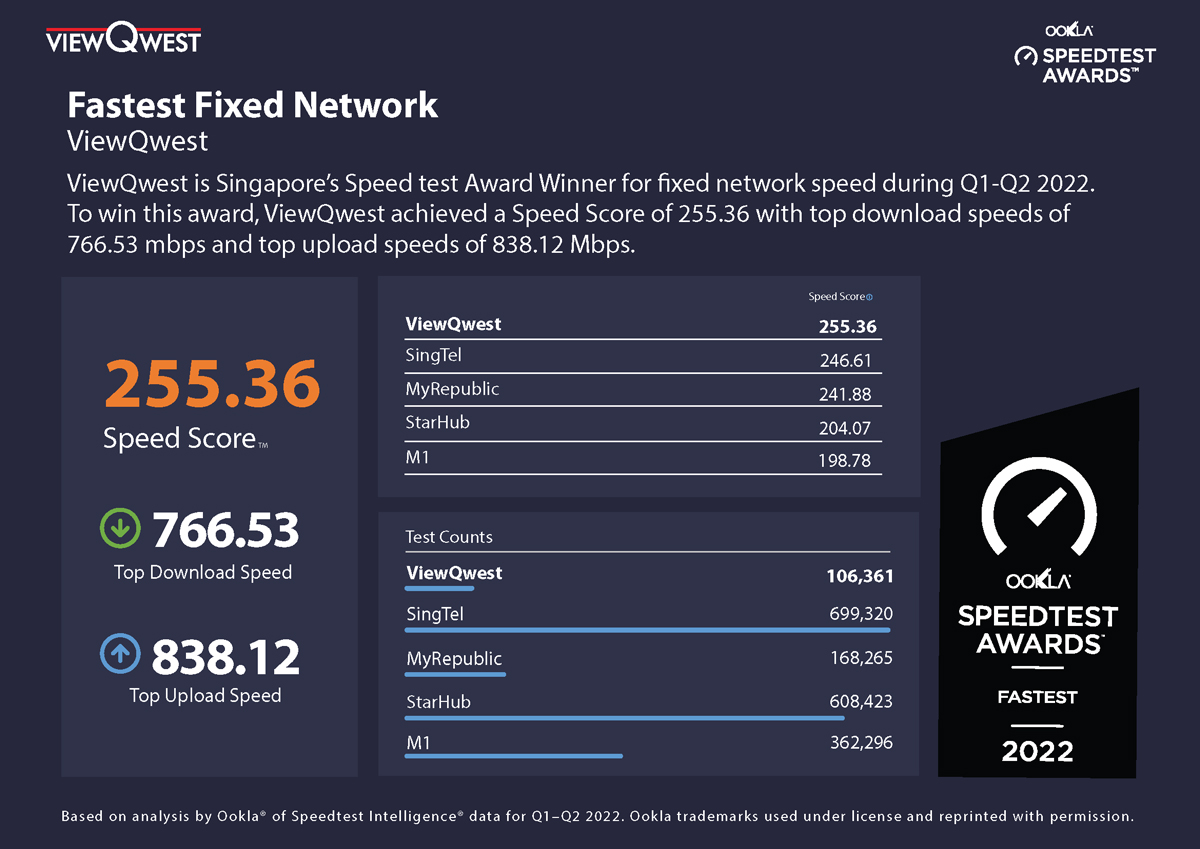 ViewQwest dominates the chart with a speed score of 255.36Mbps, nearly 10Mbps faster than the next fastest option on the list. Of course, it’s not like the ISP simply told the benchmarking firm what their connection is like – you can check out Ookla’s full methodology here, which includes a minimum of six continuous months of daily testing across multiple unique devices by internet users themselves. 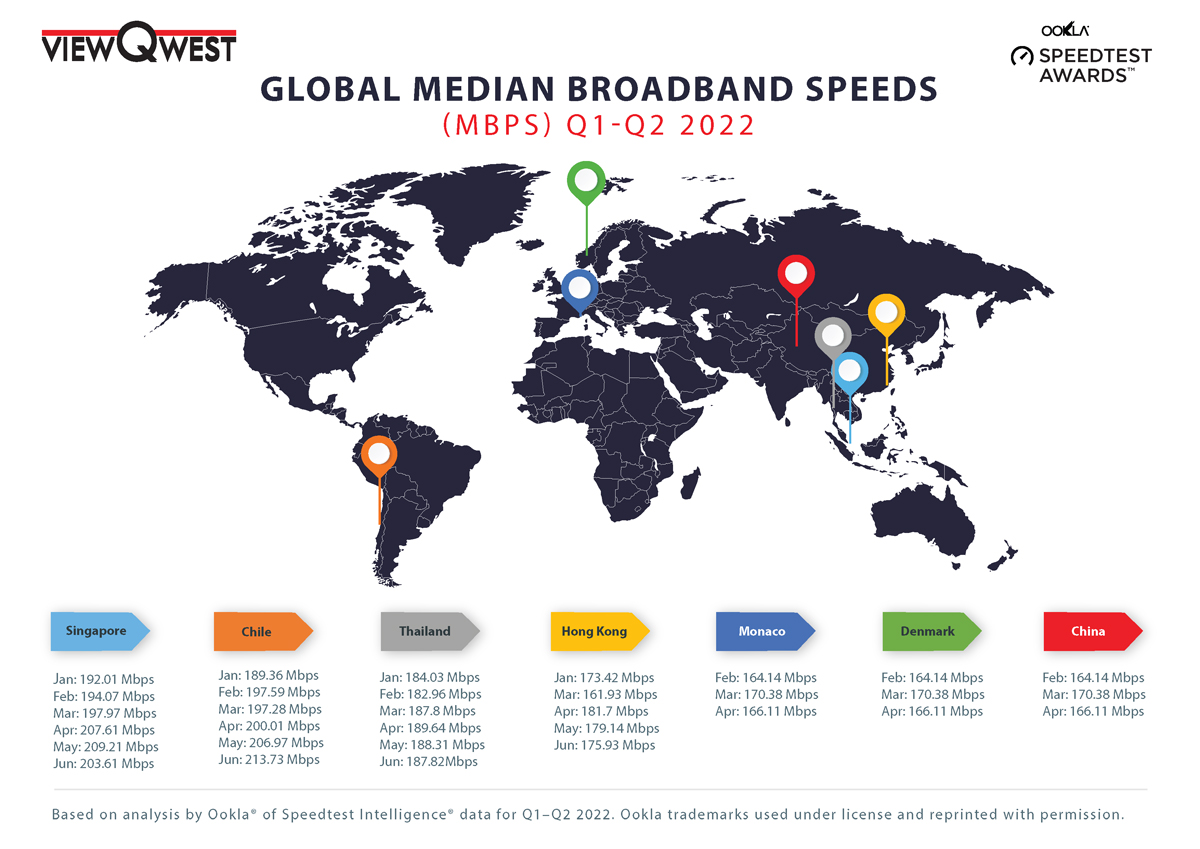 That’s also not to say that our other ISPs are slow. They’ve jointly put Singapore on the map for median fixed broadband speeds, with Speedtest by Ookla’s Global Index placing the island in second place across the globe (barely 1Mbps slower than Chile). 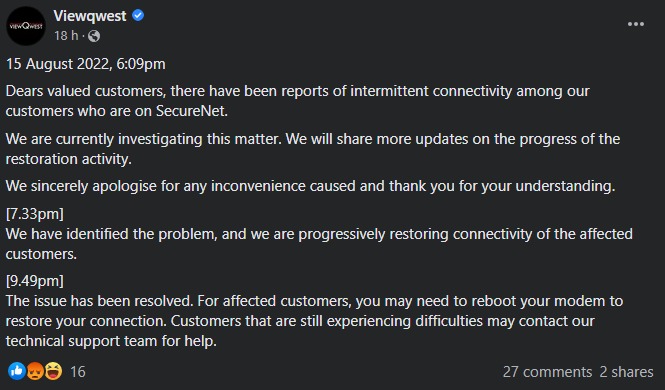 Unfortunately, Life likes making a bad joke out of itself, with ViewQwest recently plagued by intermittent disruptions to its connections, much to the chagrin of its users. That, however, hasn’t stopped ViewQwest from getting the accolade of fastest broadband speeds by Ookla, making 2022 the fifth consecutive year of doing so.

Fast is good, but when you’re talking about what’s best, it takes more than speed. 13,000 readers of HWZ and/or HWZ Forums came forward to vote for their favourite broadband service provider in Singapore in our Tech Awards 2022, with only one winner. Don’t forget to check our results here, and see if your experience is the same. Perhaps this stamp of approval from Ookla might help VQ find more support in our next Readers’ Choice voting.

Join HWZ's Telegram channel here and catch all the latest tech news!
Our articles may contain affiliate links. If you buy through these links, we may earn a small commission.
Previous Story
Take-Two and Weta Workshop are collaborating on a new Middle-Earth game
Next Story
IMDA proposing that businesses using SMS messaging must register their Sender IDs