Cyber-safety first: Why strong online safeguards are now more important than ever

Cyber-safety first: Why strong online safeguards are now more important than ever 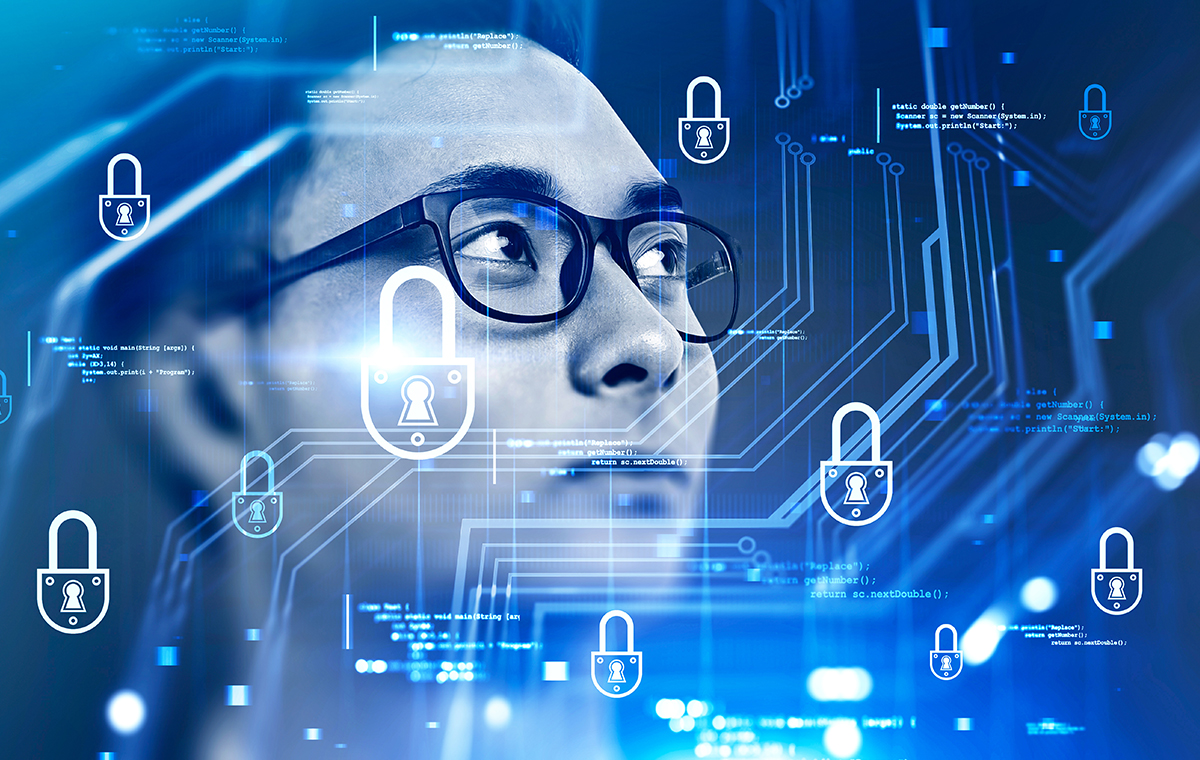 From phishing scams to system-breaking Distributed Denial of Service (DDoS) attacks and malicious ransomware, it’s safe to say that modern cybercriminals have become as devious as the tactics they employ. We hear about new cyberattacks and disruptions on the news almost every other week now, and Singaporeans certainly aren’t excluded from the list of potential targets.

In fact, an article done up by The Straits Times last June reports that 37% of Singaporeans ended up as victims of at least one cybercrime in 2020. That’s nearly 10% up from 28% in 2019., and it’s fair to assume that these numbers will only increase if we don’t start taking them seriously.

Prevention is always better than cure

But before we even broach the topic of how we can properly address cyberthreats, it’s worth pointing out that we never want to be on the receiving end before deciding to buff up our defences. Admittedly, such statements might seem inherently commonsensical, but then why do so many people still fall victim to them, even in a digitally-enlightened society such as ours?

Fortunately, the answer is a simple (and avoidable) one: complacency. 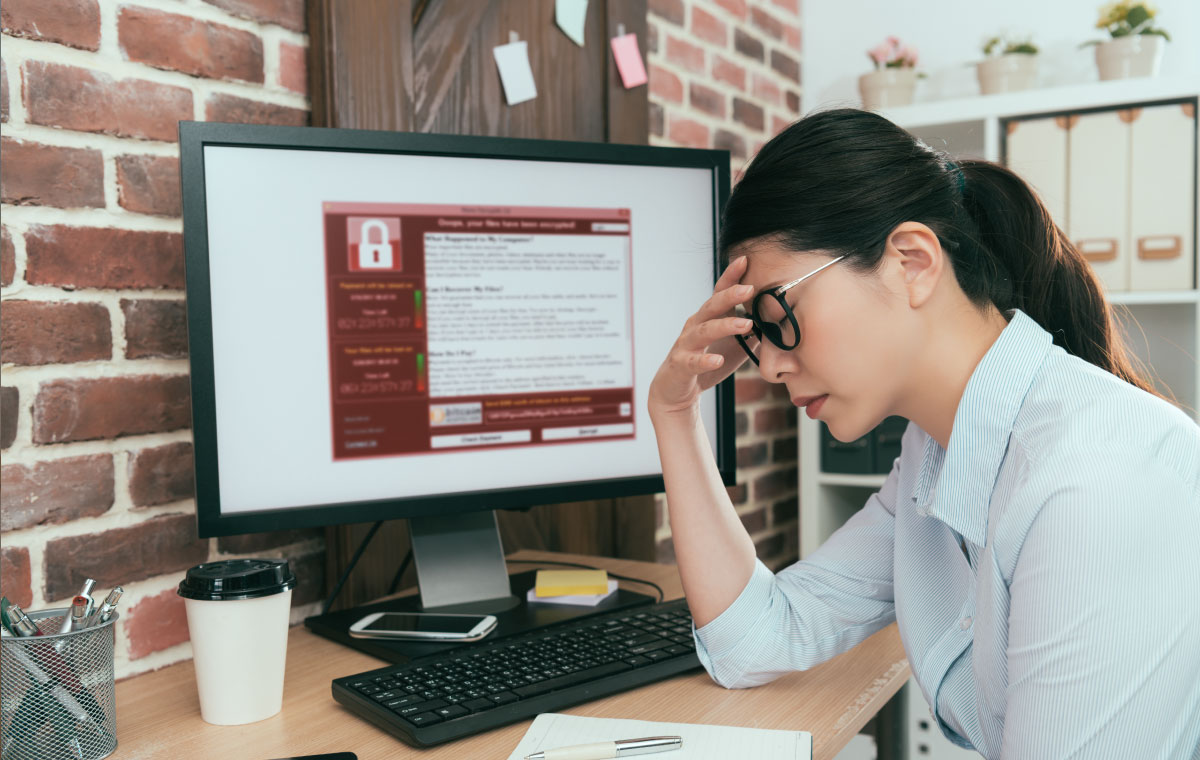 Given how familiar and reliant Singaporeans are on digital tools, one would think that we’re the most well-equipped to deal with such threats. However, this is the exact mindset that has led us to believe we’ll never fall prey to these tricks, even if the numbers say otherwise. Yet, it’s not too late for us to turn the tables. 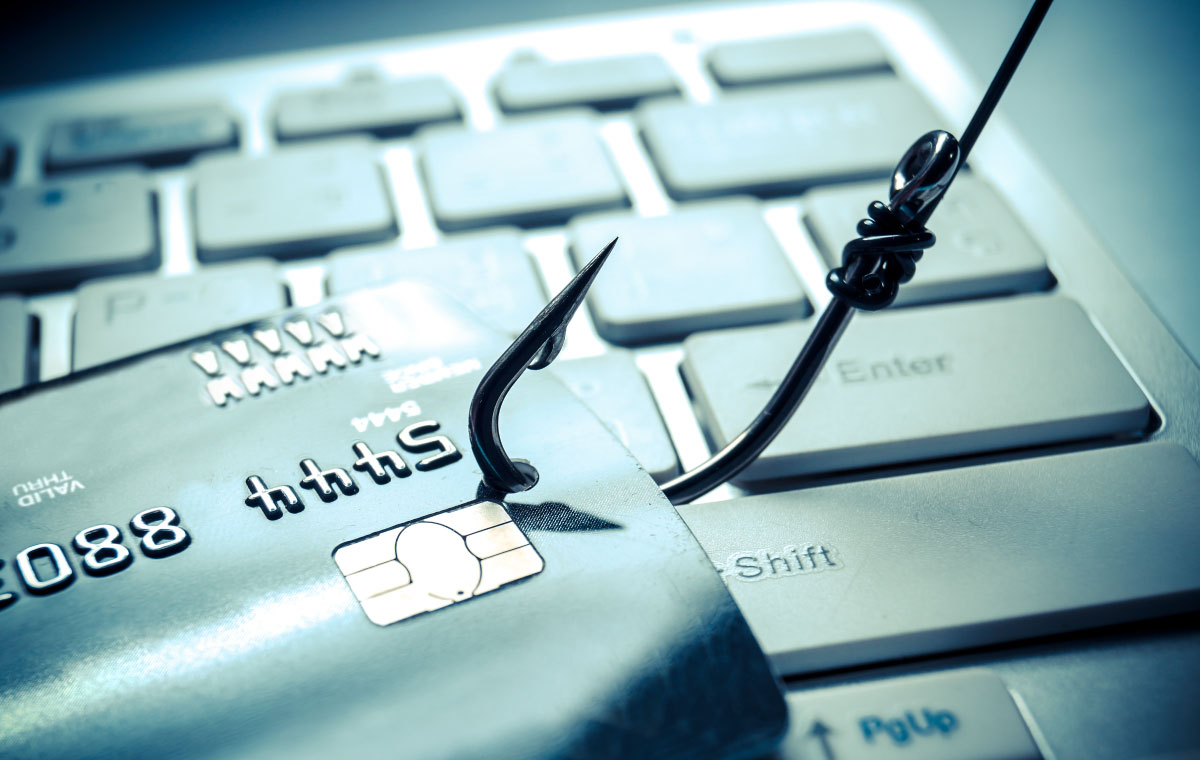 Before engaging in any battle, it’s important to know who (or what) you’re up against. Notably, some of the more common tactics employed by cybercriminals nowadays are phishing, ransomware and botnet attacks. We’ve provided links to more detailed descriptions by Palo Alto Networks that might be useful, but for the purposes of light reading, here’s a general overview of how these tactics work.

The first of them, phishing is arguably the most diverse in terms of variety, as they can take a multitude of different forms, like personal messages or even in-game resource scams. However, the general idea remains the same. By presenting an offer to an unsuspecting victim that is (usually) too good to be true, the scammer leads them to provide personal details like their bank account numbers and passwords, allowing the scammer access to vital personal information that’s necessary to engineer a solution to access your accounts and even obtain your permission without yourself suspecting the true reason they have contacted you. 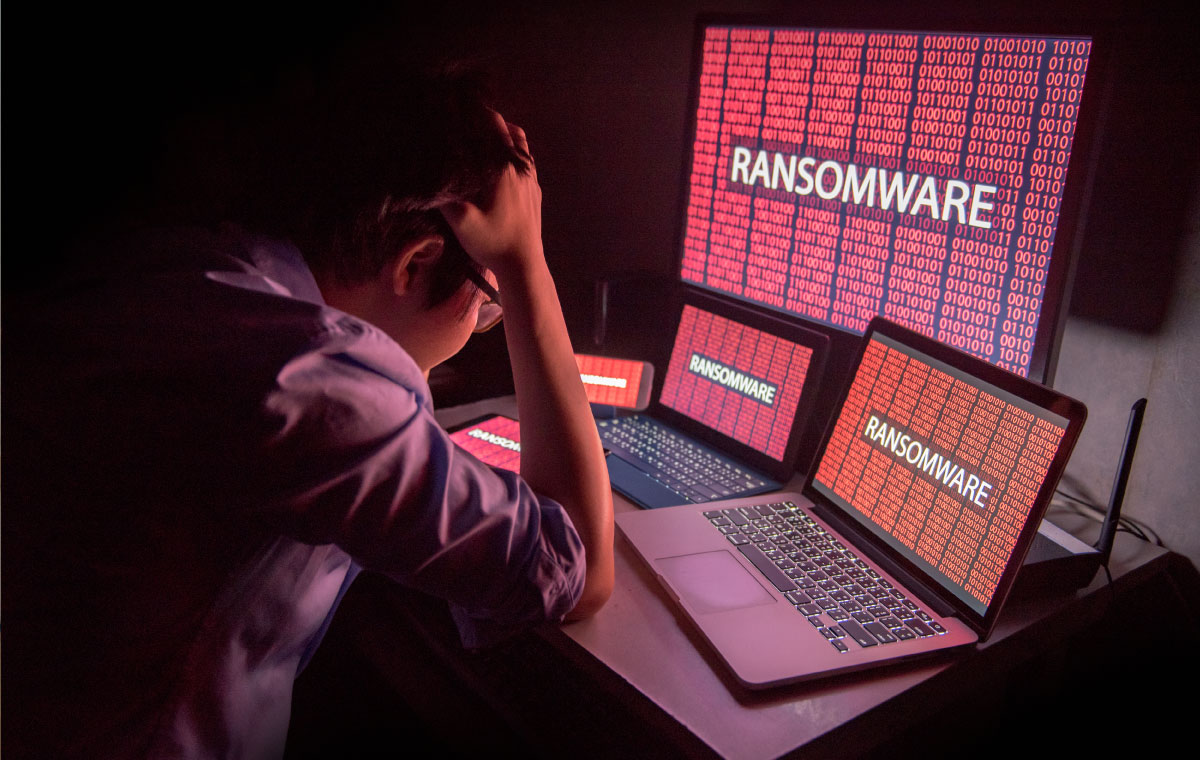 Meanwhile, ransomware can be considered a much deadlier version of phishing, in the sense that they often don’t require any acknowledgement from the victim’s end. By exploiting loopholes in the victim’s computer systems, the hacker runs malicious codes that lock the victim out of their own system, and only by paying the hacker does the victim regain access to them. In fact, there isn’t even a guarantee that the user’s data will be returned in one piece, or at all after payment is made - which is partly why ransomware is such a dangerous foe.

Last but not least, we have botnets, which are short for “robotic networks.” These also exploit loopholes in victims’ systems, but instead of holding them for ransom, the hackers utilise the victim’s system to perform tasks that are less-than-savoury or even criminal in nature.

Now, the first step to resolving any problem is recognising that there is one, and while there are situations where the cybercrime doesn’t stem from any fault of ours, like the recent Starbucks data breach that led to the compromise of over 300,000 customers’ information or how 1.5 million patients’ data were stolen from SingHealth, we can still reduce the chances of it happening by filtering the information that comes through digitally.

That’s why having proper network security software is so crucial nowadays, and just as there are cyberthreats lurking online, there are also solutions and safeguards to deal with them. But then, where do you begin assessing these? 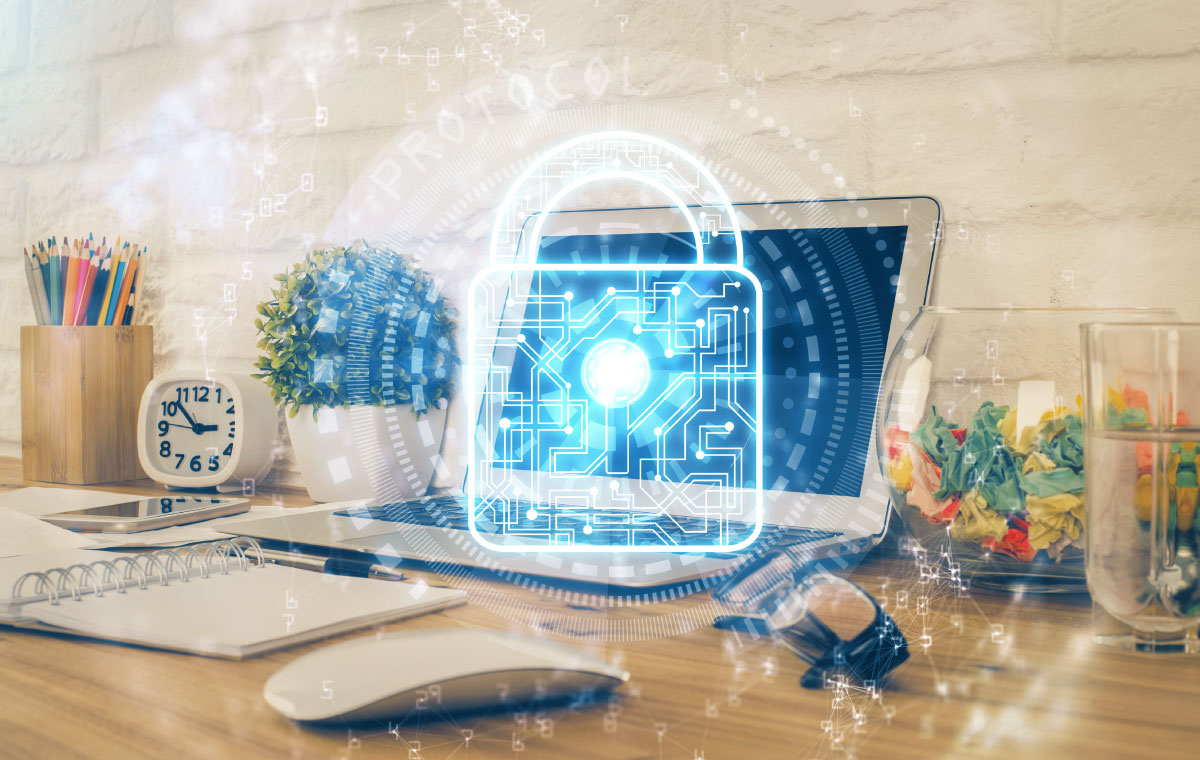 First and foremost, you’ll probably want to examine the competency of the security software or service. After all, a subpar anti-malware service might as well not be there from the perspective of a skilled cybercriminal, but a well-rounded and constantly updated one will be a definite turn-off for crooks.

Fortunately, such sturdy enterprise-grade defenses, like ViewQwest’s SecureNet service are not hard to come by. This one is certainly worth mentioning too. Among other things, it is powered by Palo Alto Networks, one of the world’s most advanced and renowned cybersecurity service providers. This not only means that you’ll have top-tier security protocols defending you round the clock from harmful malware, but that the service itself is trustworthy and verified too. 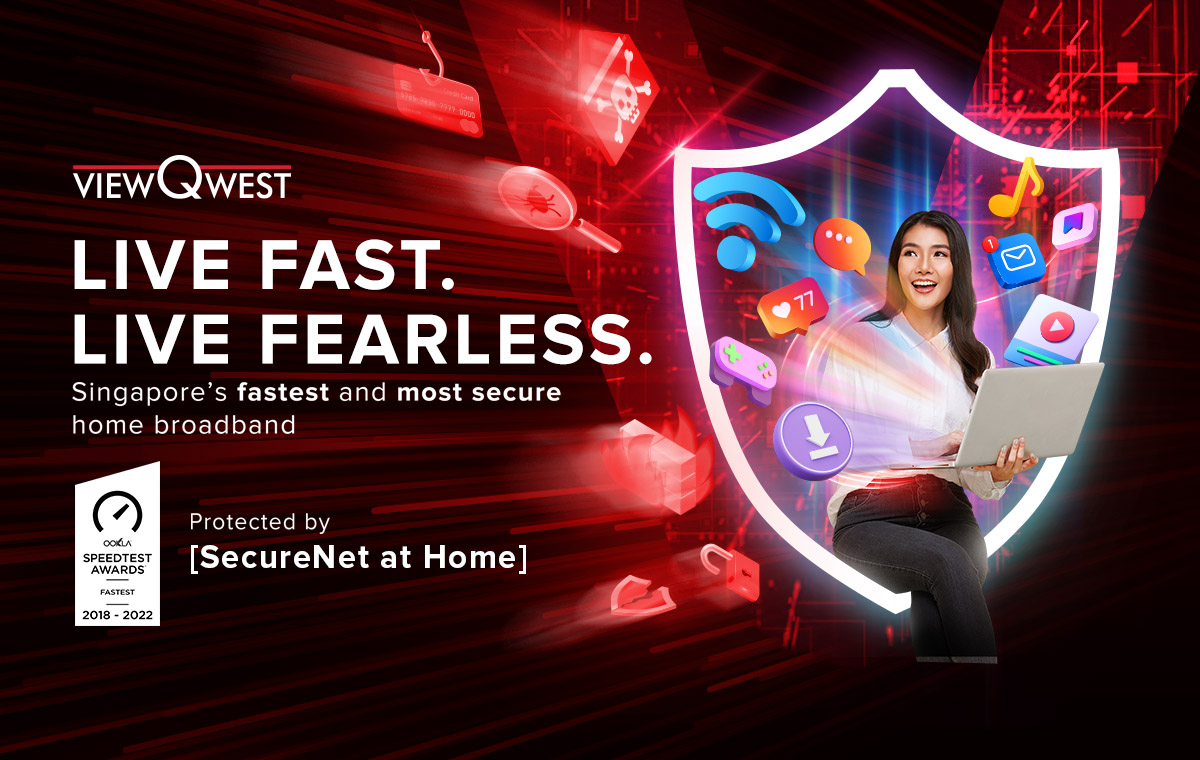 Additionally, unlike most other software provided by internet service providers (ISPs), which usually offer end-point security or parental control-based protocols, SecureNet is cloud-based and embedded directly into the network. In other words, if your device is connected to the ViewQwest broadband, you’re in safe hands and no further action is necessary.

Putting the “secure” in SecureNet

Knowing you’re protected is all well and good, but how does SecureNet keep you and your loved ones safe? Basically, SecureNet’s 24/7 secure web-filtering and content monitoring services, along with its unique position, allow it to detect and pre-emptively block cyberthreats from even entering users’ devices. Many of the cyberthreats we discussed earlier are only able to wreak havoc when they enter a user’s system, so being able to prevent that entirely is part of what makes SecureNet so useful. 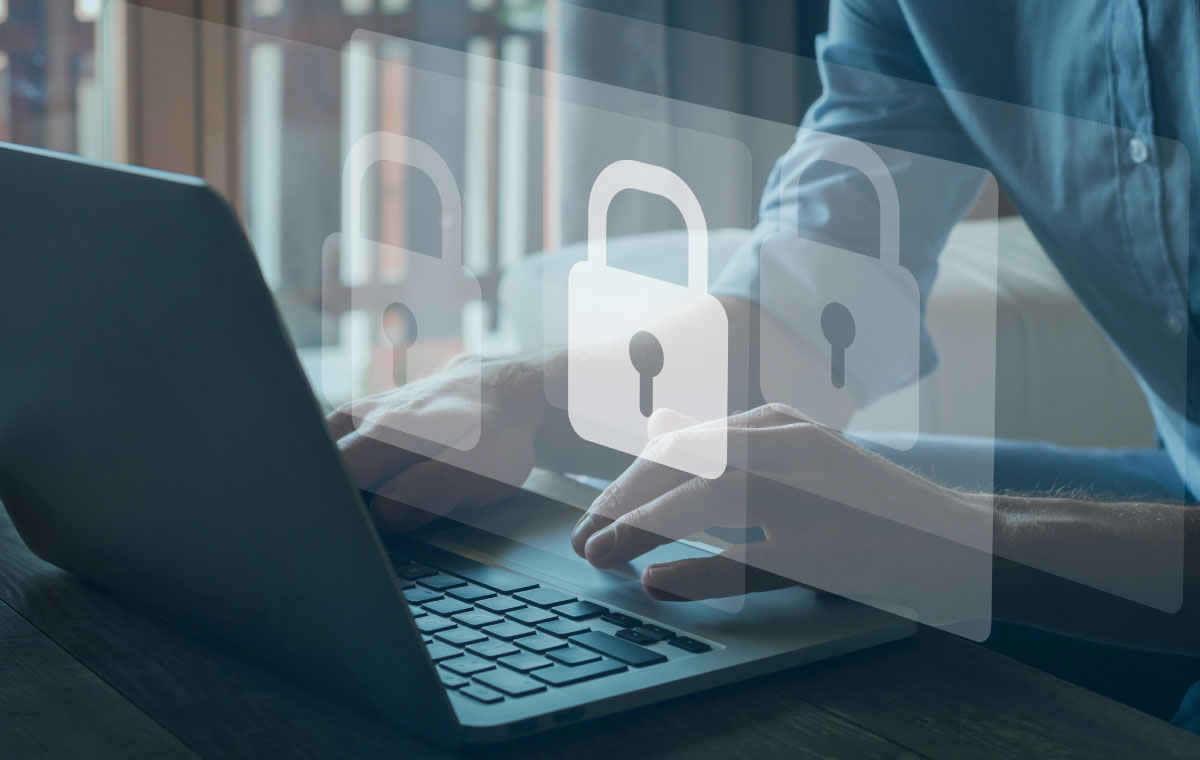 Indeed, this protection even extends to devices that otherwise lack their own security protocols, like IP cameras and smart speakers. As the cherry on top, you won’t even have to set it up, install apps or fiddle with any parental control settings - SecureNet will just do its thing in the background while you and your loved ones can indulge in your day-to-day activities with absolute peace of mind.

This formula works even better if users also engage in regular “housekeeping” practices, such as changing their passwords regularly, and generally remaining vigilant for any suspicious email or SMS attachments that come along. With all these checked off the list, all devices connected to the ViewQwest broadband plan will enjoy SecureNet’s full protection, which comes at just S$5.99 per month too.

At the end of the day, as “digitally enlightened” as a society might consider itself to be, it’s always best to err on the side of caution regarding this ever-evolving threat. While you might not fall victim to cybercrime yourself, there’s no guarantee that your loved ones won’t have their bank accounts emptied or their identities stolen for criminal use. With that in mind, we can (and should) take preemptive measures to protect them where possible, not just with powerful (and low-cost) allies like SecureNet, but by staying vigilant and continuously educating ourselves as well.

For more information on SecureNet’s features, feel free to check out the ViewQwest website. What’s more, any new ViewQwest broadband subscriptions will also enjoy three months of protection at no extra cost - that’s two birds with one stone!

To sign up for ViewQwest's SecureNet to keep you and your loved ones' safer online, click here.

Our articles may contain affiliate links. If you buy through these links, we may earn a small commission.
Previous Story
Singtel adds Zoom to its Communications Platform-as-a-Service for business customers
Next Story
Apple unveils second-gen HomePod with S7 chip and new midnight colour option